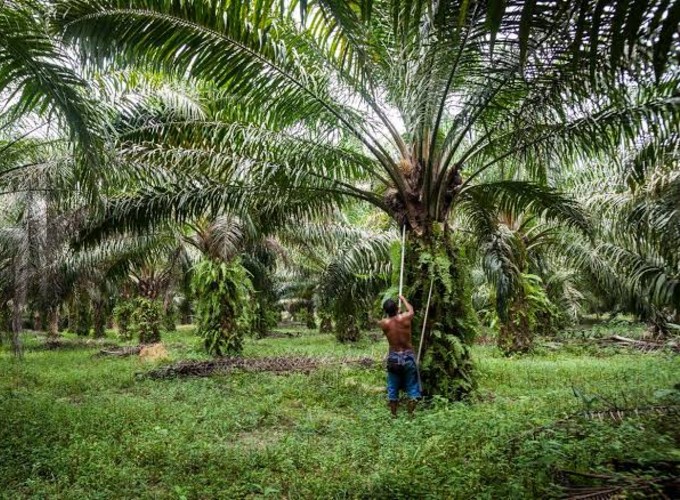 Two Indonesian journalists who had reported on an illegal oil palm plantation in Sumatra have been found stabbed to death.

According to environmental news site Mongabay, the body of Maraden Sianipar was found on October 30 in a ditch in the concession of palm grower PT Sei Alih Berombang (SAB).

The body of Martua Siregar, 42, was found the next day in the bushes nearby.

Both men worked for a weekly publication, Pindo Merdeka, based in Medan, the capital of North Sumatra province.

Witnesses said the journalists had also been involved with a community dispute with the plantation company in which the community was attempting to take control of the oil palm once the local forestry office had ruled that the company’s expansion onto forested land was illegal.

While Mongabay reports that SAB’s concession was sealed off by authorities a year ago after it was found to have cleared 750 hectares of forest to plant oil palms, the plantation still maintained a detail of security guards who were known to violently confront locals seeking to harvest the palm fruit.

Witnesses said that the journalists had gone to the plantation on October 29 with a group of locals to harvest the palm fruit. According to one witness, he had warned Maraden that plantation guards armed with machetes were waiting for them.

Two people have since been arrested in Labuhan Batu in relation to the murders and police are hunting down another four, reports The Jakarta Post.

Labuhan Batu police chief detective Jama Kita Purba said the motive behind the murder was “revenge over a land dispute.”

While it is unclear whether the murders were a direct response to the men’s journalistic work or their activism work with the community, The Alliance of Independent Journalists (AJI) and the Indonesian Journalists Association (PWI) have weighed in, condemning the killings and called on authorities to further investigate the case.

In an editorial, The Jakarta Post wrote that: “Indonesia has become an increasingly dangerous place for journalists, and the consequences of this disturbing trend could be dire for the world’s third-largest democracy.”

“Regardless of the results of the investigation, the incident has again rung the alarm bell on the state of press freedom in the country.”

“We can’t afford to let this go on. To quote United Nations Secretary-General António Guterres, ‘when journalists are targeted, societies as a whole, pay a price’.”

The murders come a month after another Indonesian activist, Golfrid Siregar was found dead in similar circumstances in Sumatra.

He had been engaged in a lawsuit against North Sumatra’s governor over his 2017 approval for the construction of the Batang Toru hydroelectric dam in the only know habitat of Indonesia’s critically endangered Tapanuli orangutan.

A cab driver found Siregar unconscious on a street in Medan and took him to a local hospital where he later died on October 6.

He had suffered multiple injuries and his wallet and other personal effects were missing.

Police ruled Siregar’s death the result of a drunken-driving crash, despite the contradictory nature of the injuries, his undamaged motorbike and testimony from his family that he hadn’t drunk alcohol that evening.

The cab driver and two others have since been arrested for robbing Siregar of his possessions.

Walhi colleagues said that Siregar had received several threats since they had filed the lawsuit against the Batang Toru dam.

According to Andreas Harsono of Human Rights Watch, the death and its investigation should ring alarm bells.

“All those concerned about Indonesia’s environment will be watching the authorities to ensure that a credible investigation occurs and that any crime associated with his death is appropriately prosecuted.”