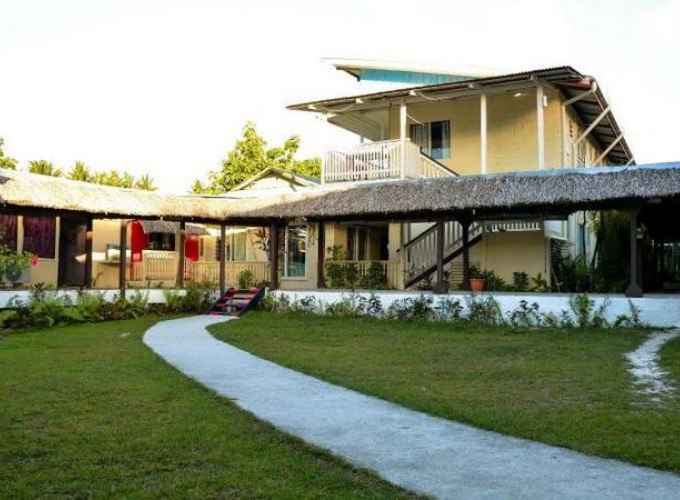 A five-member film crew from 60 Minutes Australia has been in detained in Kiribati for what government sources claimed was false declaration by the team on arrival, reports PACNEWS.

The crew was detained shortly after they arrived on a flight from Nadi on Monday for allegedly providing “false and misleading information” over the purpose of their visit.

“From my understanding the 60 Minutes crew is still in Tarawa and will return on their intended flight back on Thursday. They are however being detained due to their entry into the country under false pretenses,” a senior government official told PACNEWS.

The official who wished to remain anonymous said the Australian television crew was advised prior to their arrival to apply for a filming/research permit in order to get clearance from immigration on arrival.

“When they arrived they declared that they were here for a meeting and failed to mention their filming intentions thus the false declaration grounds. If they had applied for their permits before arrival as advised, this would not have happened,” said the official.

“During their detention, they are forbidden from carrying out any filming since they did not declare this activity to immigration upon their arrival.

The crew, led by 60 Minutes reporter Liam Bartlett was being held under house arrest at the Utirerei hotel until their flight.

However, Channel Nine news disputed this version of events, saying: “The 60 Minutes crew traveled to Kiribati on Monday. Before leaving, they submitted applications for filming approval.”

“On arrival they arranged a meeting with authorities including the Executive Assistant of the President and a Senior Representative of the Immigration Department to discuss the application. Further forms were submitted and a request was made for expedited approval. That request was declined this morning and the 60 Minutes team was asked to remain in their hotel until the next flight out, which was their scheduled departure flight.”

“The crew is not under detention or house arrest as has been incorrectly reported, and the issue does not affect the story being worked on.”

However, the immigration official said that personnel had been stationed outside the hotel room to prevent the crew from leaving.

“They insist on going out even though we ask them nicely to stay in the hotel, they ask for legal representation, they argue with officers.”

The crew were reportedly intending to cover the recent decision of the Kiribati government to sever diplomatic ties with Taiwan and establish diplomatic relations with China.

The official said that the crew the crew was “intercepted” on Tuesday morning while filming at the closed Taiwanese commission.

According to RNZ Pacific, Kiribati’s Government tightened its criteria for media permits after a ferry sank last year, killing 95 people.

A crew from the New Zealand outlet Newshub were detained last year when they arrived in Kiribati to report on the ferry disaster.