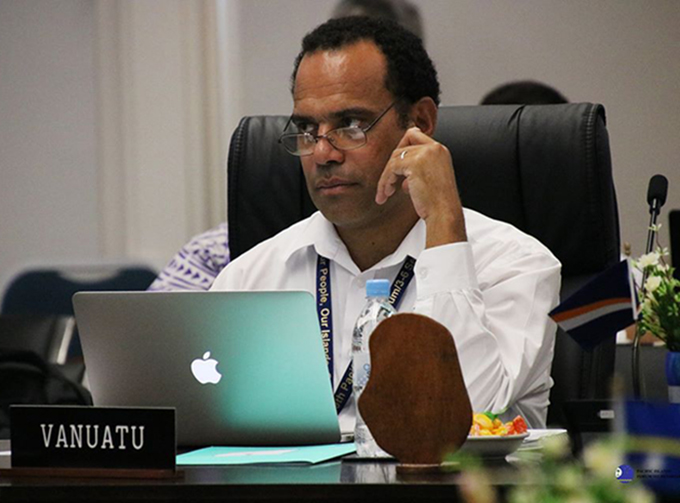 Pacific diplomats, academics and youth leaders will gather in Auckland this week to discuss security, economic development and other pressing issues shaping the region’s future.

New Zealand Institute of International Affairs Executive Director Melanie Thornton said that the conference will be “focussed squarely on the Pacific” with over 80 percent of speakers from the Pacific or of Pacific heritage.

“This conference will be vital for understanding the new dynamics in the Pacific and what these mean for the diplomatic community, the business community, and for Pasifika and New Zealand communities everywhere,” she said.

The public is also invited to attend the conference to gain an understanding of regional challenges and the positive work that is taking place in difference Pacific countries and organisations, she said.

Pacific security will likely be at the forefront of the conference, which will take place as China galvanises support and increases its foothold in the region.

Last month, both Kiribati and the Solomon Islands switched diplomatic ties from long-time ally Taiwan to China, prompting claims that the world’s second largest economy was attempting to “buy” diplomacy in the Pacific.

However, Senior Lecturer of security studies at Massey University Dr Anna Powles, who will be presenting at the conference, said talks on China’s role in the Pacific will not dominate the agenda as it has done in other regionals meetings in recent years.

“The conference has deliberately shifted the framing of geopolitics in the Pacific in terms of what are Pacific perspectives on security issues.”

While she said the Kiribati and Solomon’s islands developments are likely to come up, she expects a far more “nuanced conservation” where the bilateral agency of Pacific nations are acknowledged.

Another key issue which is certain to be raised is the unrest in West Papua, which has seen over 30 people killed and many thousands displaced as the Indonesia military clashed with protestors.

Dr Powels said it was important that West Papua is discussed at the conference as it is very much a regional security issue.

“New Zealand is a signatory to the Boe Declaration which provides an expanded concept of security inclusive of human security.”

“There is a potential role for New Zealand, similar to the honest broker role New Zealand played in respect to brokering peace in Bougainville, where New Zealand can offer ‘good offices’ to support dialogue between the key actors in Papua and Indonesia.”

An outspoken advocate of West Papuan independence, Regenvanu commended the New Zealand government’s leadership on issues like climate change, which was robustly debated at the Pacific Islands Forum in Tuvalu in August.

“New Zealand is a model for what a developed country should be committing in terms of climate change,” he said.

Pacific Futures will also focus heavily on the growing influence of young people in Pacific developments with many representatives of youth organisations speaking.

Founder and CEO of Tonga Youth Leaders and Pacific Regional Rep for Commonwealth Youth Council Elizabeth V Kite said the conference will give a much-needed voice to the younger generations which are frequently excluded from decision making.

“Youth are leading the way in terms of highlighting issues such as climate change, but we are still not afforded equal say at decision making tables about our environment and future, which must change,” she said.

“If we are the ones to live out the future that is being planned today, we as young people must have a say in that and must be engaged with when these discussions and decisions are being made.”

Pacific Futures will take place at the Novotel Auckland Airport from 8am to 5pm on Friday October 18.