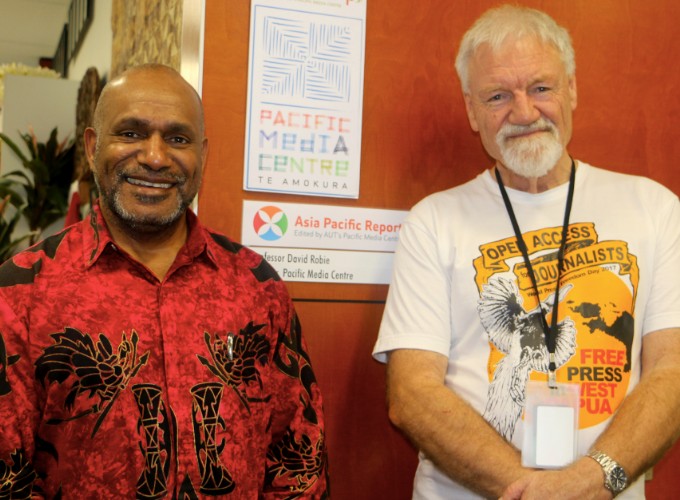 However, The Coordinating Minister of Politics, Law, and Security Issues Wiranto said it would be shut down again should protests continue.

A ex-army General found by the UN to have committed human rights abuses against the people of Timor-Leste, Wiranto has been charged with managing the unrest in Papua.

Earlier this week he blamed Benny Wenda for inciting the protests and said he would “personally arrest him” if he were to return to Indonesia or Papua, reports Tempo.

Although Koman was overseas at the time, the police deemed her posts of the attack as having a “provocative tone” and sparking anti-racism demonstrations.

According to The Guardian, Amnesty International Indonesia Executive Director Usman Hamid said the move was misguided and did not reflect the real cause of the unrest.

“The root of the real problem is the act of racism by some members of the TNI [Indonesian army] and the excessive use of force by the police in the student dormitory in Surabaya,” Hamid said.

While the 2-week long internet blackout had severely restricted accurate reports of the situation in Papua, Veronica Koman’s social media activity has been a critical source information.

Her posts have shown subsequent attacks against Papuans and the burials of those who have been killed in the unrest.

She has been charged under articles from four different laws, namely the electronic transaction and information law.

If found guilty she could be jailed for up to six years and fined $US70,000.

The Pacific Media Centre has issued a statement in support of Koman.

“As a human rights lawyer, Veronica Koman is respected throughout the world as a trusted source of accurate and truthful information at the shocking state of repression of Papuan people seeking freedom of expression and the right to express self-determination,” said PMC director Professor David Robie.

“This is further intimidation of those people who are prepared to speak out for Papuan rights. The allegations are spurious and the charge of ‘provocation’ should be dropped without delay.”