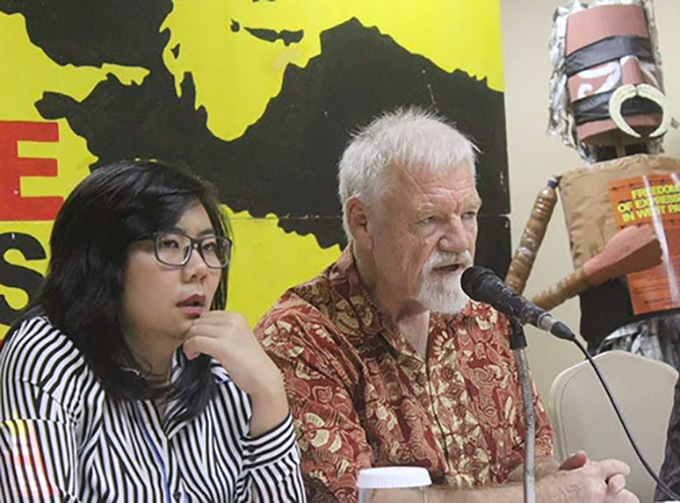 An Indonesian human rights lawyer working with West Papuans has been named as a criminal suspect.

Veronica Koman is accused of “incitement” and spreading fake news of “hoaxes” online, fuelling violent protests which have rocked Papua in recent weeks.

Koman is an outspoken government critic and has shared videos and posts on Twitter of the protests and alleged state abuse against Papuans.

Police said the case against her was based on a post relating to an incident in which Papuan students were teargassed in the Javanese city of Surabaya.

Under Indonesian online information laws, the lawyer could be jailed for up to six years and fined $US70,000 if found guilty.

During the August 17 incident, police arrested dozens of students in their dormitory after a mob harassed them with racist slurs. The event is viewed as a key trigger for the unrest in Papua, which has seen thousands of Papuans take to the streets in anti-racism and pro-independence rallies.

A police spokesperson told Reuters on Wednesday that evidence against Koman was based on a video of the Surabaya incident which she posted on Twitter.

Amnesty International Indonesia is calling for police to drop their action against Koman, describing it as an appalling attack on free speech.

“These charges are clearly intended to deter others from speaking out against human rights violations related to Papua,” said its executive director, Usman Hamid in a statement.