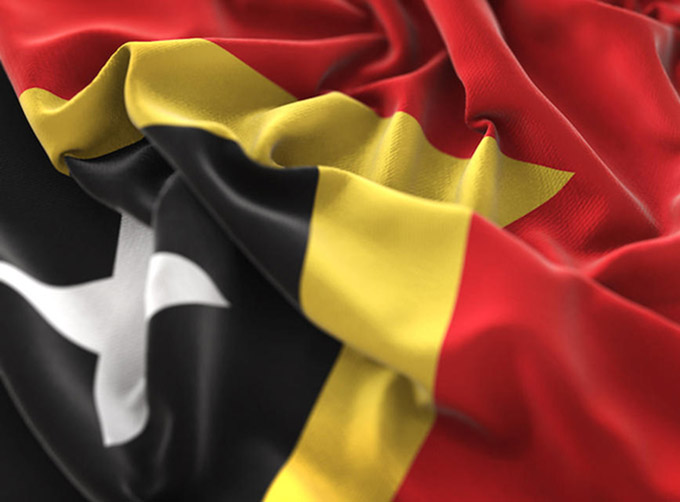 Today, the people of Timor-Leste will commemorate the 20th anniversary of the popular consultation, through which the nation restored the independence it had prematurely declared in 1975.

An election was held, a new president elected, new legislative members put in place and a new government sworn in as the Democratic Republic of East Timor once again came into existence following the historic referendum of 1999.

Those ceremonial sequences marked an end to colonial rule (by Portugal for 450 years and Indonesia for 24 years) over East Timor.

A common historic feature of postcolonial countries in Africa, Asia and Latin America is that independence does not necessarily mean that a former colony is free from its former master. Timor-Leste is still heavily dependent on Indonesia in many ways, including trade.

However, an independent Timor-Leste has also become “a heaven” for Indonesian construction and banking industry players. State-owned lenders Bank Rakyat Indonesia and Bank Mandiri are operating in Timor-Leste.

In his courtesy visit to Jakarta in 2015, then-prime minister Rui Maria Araujo told Indonesian media that Indonesia had “contributed positively to East Timor’s economic development,” citing 400 private Indonesian companies that were present in the small country.

The looming large of the Indonesian corporations, however, has sparked allegations of collusive practices between Indonesian businessmen and local compradors, who include veterans of the war, government officials as well as members of Parliament.

Fuelled by incentives
“Flight tickets to Bali, luxury hotels and deals behind the bar,” a researcher named the incentives fueling the alleged hanky-panky.

Ahead of the celebration, East Timor independence leader Xanana Gusmao gave the country another shock as he decided to name a new bridge at the heart of Dili after Indonesia’s third president BJ Habibie.

The decision aroused criticism mainly from civil society organiSations and survivors of Indonesia’s colonial rule. Worse, residents were evicted to pave the way for the bridge’s construction.

Just recently, a member of Parliament from the Alliance for Change and Progress (AMP) said the decision to name the bridge after the former Indonesian leader was to honour his contribution to East Timor’s independence.

Under Habibie, Indonesia signed an agreement with Portugal on May 5, 1999, that led to the popular consultation.

By putting Habibie center stage of the celebration, while ignoring the people’s resistance to colonial domination, the Timor-Leste freedom fighters and government are attempting to suck the national history into a black hole.

Two sides of coin
However, like two sides of the same coin, De Gaulle has become le mal aimé (the unloved one). Speaking in front of a large crowd in Algiers on June 4, 1958, a few days after his return to power, the French president exclaimed the brief phrase “Je vous ai compris!” (I have understood you).

Like De Gaulle, Habibie became the most unpopular figure in Indonesia after his historic announcement.

In an interview, Habibie vehemently said he had come under pressure by Australian Prime Minister John Howard to release the political options on East Timor’s future.

Twenty years have passed. Infrastructure development has moved fast as Timor-Leste tries to catch up with Southeast Asian neighbors and become a middle-income country by 2030.

Nevertheless, the momentum is not really on Timor-Leste’s side, as it still struggles to secure admission to ASEAN.

Unfortunately, in terms of human resources, about 46 percent of its children aged under 5 years suffer from chronic malnutrition – considered one of the highest rates in the world, and about 70 percent of the country’s children are illiterate.

Fresh graduates enter the labour market in rapidly increasing numbers every year, only to find government institutions and the public sector unable to absorb their talent. Productive industries like agriculture and tourism seem promising, but the government has allocated a large share of its budget to other sectors.

Urbanisation tensions
Given that most of the government institutions are located in Dili, urbanisation in the capital city is difficult to check and has exacerbated social, political and economic tensions.

Basic infrastructure, such as highways and airports, built along the southern coast has failed to lure foreign investment. Most foreign investors only eye the “ambitious” plan to develop an oil processing plant, which is being negotiated with an Australian company.

One way or another, Timor-Leste remains unable to unchain itself from the colonial grip and its proxies. The country has a long history of colonialism, fought it relentlessly and won, but unfortunately has to encounter new forms of colonialism in the political and economic realms.

Apart from the historic moment, what achievement should the people of East Timor celebrate after 20 years of independence?

Ivo Mateus Goncalves is a historian and research student at the Department of Political Affairs at the Australian National University, Canberra. This article was first published in The Jakarta Post.