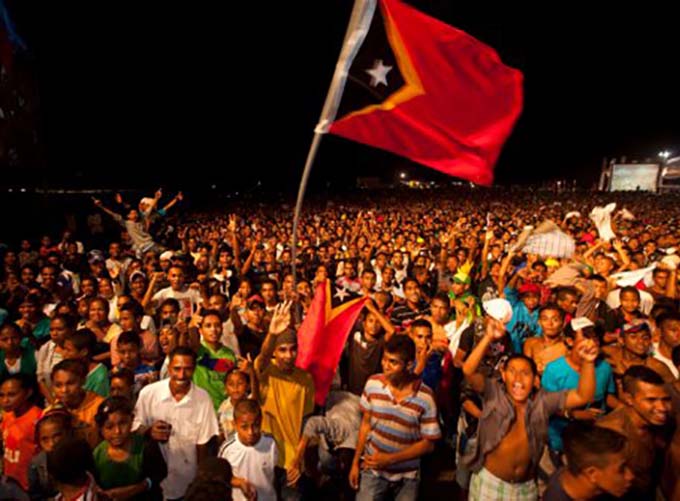 A senior Jakarta Post managing editor has predicted it is possible that West Papua may face a self-determination vote following the Timor-Leste example and this could pave the way for independence.

Writing an opinion column in the Post today, Kornelius Purba warned the Papuan people may “fulfill their dream of independence much sooner than their expectations”.

“Remember what happened in East Timor 20 years ago could recur in Papua,” he wrote in his article after almost two weeks of unrest in the Melanesian Pacific region following a racist attack in the Java city of Surabaya on August 17.

“We are too lazy to discern the roots of the Papua problem but resort to the use of force to make sure that family unity is intact, although some no longer regard the country as their home,” he wrote.

“The Papuans will only feel Indonesia is their true home when they find the love and equal treatment that they deserve as part of the family.”

Purba compared the Papuan crisis with Timor-Leste, which will be celebrating 20 years of independence from Indonesia on Friday.

“You may laugh at me now if I forecast the Papuan people will fulfill their dream of independence much sooner than their expectations, just like the way East Timor separated from Indonesia following the historic August 30, 1999, referendum,” he wrote.

“Many will no doubt blame the United States or Australia if a Papua exit comes to pass.

‘Blame ourselves’
“But seeing the racial abuse against Papuan students and the heightened reactions in Papua, we Indonesians, not just the government, should blame ourselves. We have treated the Papuans the same way we did the people of East Timor.”

While the Timorese were considering special autonomy or limited self-governance that Jakarta had offered in January 1999, Indonesia’s third president BJ Habibie gave East Timor the option of breaking free.

Seventy eight percent of the 345,000 Timorese voters chose independence in the referendum on 30 August 1999.

Meanwhile, Amnesty International condemned the Indonesian internet censorship in the wake of the blackout imposed last Wednesday, which Jakarta claimed was necessary to stem the wave of protests and “fake news”.

Responding to the decision of the Communications and Information Ministry to shut down mobile internet in Papua and West Papua provinces, Amnesty International Indonesia’s executive director Usman Hamid described it as an “appalling attack” on the Papuan people’s right to freedom of expression.

“This is not a time for censorship. These tensions are not an excuse to prevent people from sharing information and peacefully speaking their mind,” he said.

“In addition, the decision would also prevent people from documenting and sharing evidence of abuses committed by security forces, just as authorities are sending more security forces to the region.”

Call for investigation
Hamid said the immediate priority for the Indonesian authorities should be to launch a thorough and effective investigation into the root cause of the unrest – allegations of discrimination and unlawful use of force against Papuan students in Surabaya and Malang in East Java almost two weeks ago.

“Further restricting the exercise of human rights must not be the answer,” he said.

The Jakarta Post reports that prominent West Papua journalist Victor Mambor claimed he had faced intimidation and harassment for reporting on the internet blackout sanctioned by the government amid escalating protests.

The Indonesia Alliance of Independent Journalists (AJI Indonesia), of which he is a member, reported that Mambor, the editor of Tabloid Jubi newspaper and a correspondent for The Jakarta Post, had fallen victim to “doxing” by a social media user with the Twitter handle @antilalat last Thursday.

Doxing refers to the publishing of private or identifying information about individuals on the internet, usually with malicious intent.

A day later, UK-based law firm Doughty Street Chambers announced that Mambor had filed an urgent appeal to UN Special Rapporteur on Freedom of Expression David Kaye regarding internet blocking in the provinces amid protests that have occurred since Monday.

The COVIDSafe app is dead. What can we learn from this ‘failure’?