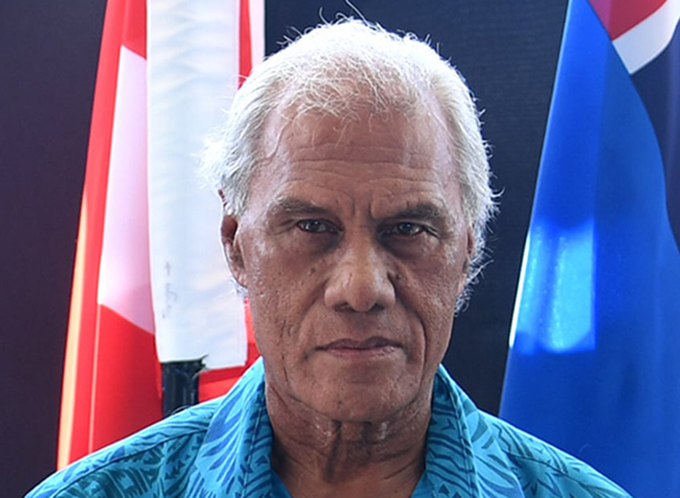 By Makereta Komai in Funafuti, Tuvalu

Tonga’s Prime Minister, ‘Akilisi Pohiva, has delivered a stinging attack against regionalism and the Pacific Islands Forum’s stance of leaving no one behind, for failing to amicably resolve the issue of West Papua.

Pohiva admitted the issue has divided the 18 members of the Forum for many years since it has been on the agenda of the leaders’ meeting.

“Is regionalism a myth, is it real or based on reality, he questioned leaders during the dialogue with the regional civil society organisations (CSO) this week in Funafuti.

Pohiva called out Indonesia – claiming it has a powerful influence over some members of the group – naming Fiji, New Zealand and Papua New Guinea.

“How can they reconcile the concept of leaving no one behind when they are friends with Indonesia?

“We should not let others control us. We should stand together in solidarity in support of the people of West Papua,” said Pohiva.

There was pin-drop silence when the Tongan Prime Minister delivered his intervention responding to the regional CSO’s call for a UN High Commissioner for Human Rights to visit West Papua.

Human rights importance
“None of us can speak of an inclusive and peaceful Pacific and remain silent on the serious human rights issues for West Papuans. We call on Pacific Leaders to observe the importance of human rights in all parts of our region.

“We urge that Forum Leaders call on Indonesia to immediately allow access of the UN High Commissioner for Human Rights and UN special mandate holders to West Papua, said the CSO statement.

Civil society organisations also requested Indonesia to immediately restore the access of independent journalists in the region, so that the international community can have better access to the ongoing human rights situation in West Papua.

Responding to the concerns of civil society organisations, Fijian Prime Minister Voreqe Bainimarama said that while Fiji heard the CSO’s position “loud and clear” on West Papua, it would be guided by the leaders’ previous decision.

“Fiji fully respects the sovereignty and territorial integrity of all states, including Indonesia, and we will always uphold the principles of the UN charter,” said Bainimarama.

He said Fiji was concerned with alleged reports of human rights violation and would continue to advocate for the protection of the human rights of all West Papuans.`

“This is a matter of life or death to many West Papuans and we must tread boldly – but thoughtfully – as we move forward as a region.

‘War and chaos’
“Territorial disputes have fuelled war and chaos since the beginning of time and we must approach this situation with both caution and hope in finding a solution,” said Bainimarama.

The Tongan leader warned that Indonesia was powerful and could challenge anyone in the Forum membership.

“We will never get a solution because Indonesia is so powerful. Our only weapon is to stand together in unity and in solidarity and support the people of West Papua,” said Pohiva.

Samoa’s Prime Minister, Tuilaepa Sailele Malielegaoi, said that despite Forum leaders taking a position over the years, the violations and challenges for the people of West Papua had not reduced.

“It keeps on increasing. We can’t continue to ignore the violations of human rights against the people of West Papua. Its time that we review our position.”

Papuan tribute to Tonga
“We are happy that it has taken the 50th session of the Pacific Forum Leaders meeting to see some positive movement in the leaders of the Pacific. I am deeply appreciative of the great efforts of the CSOs for pushing this issue through their position to the leaders,” Rumbiak said.

He paid tribute to Tongan Prime Minister Pohiva for his powerful intervention.

“The response from Prime Minister Pohiva was the strongest so far and very powerful, especially when he urged them to unite and stand up to Indonesia.

“This issue has been on the regional agenda for 10-15 years and it’s not a domestic issue any more. It’s now a regional issue and leaders should now act on it’,” said Rumbiak.