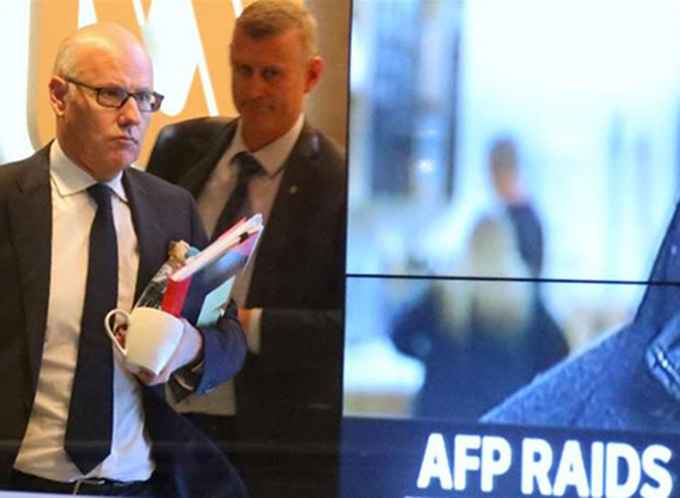 Newly released documents show that another government agency along with the Australian Federal Police was involved in the investigation that led to raids on Australian journalists and media offices in June, reports ABC news.

Documents obtained under the Freedom of Information Act (FOI) have shown that the AFP refused to release certain documents relating to the June 6 raid on the ABC because it said they related to a Federal Government agency which is exempt from FOI.

South Australian Senator Rex Patrick, to whom the documents were released under an FOI application said he believed the other agency was either ASIO or the Australian Signals Directorate.

The raid on the ABC’s Sydney headquarters related to the Afghan Files, a series of stories which detailed incidents where Australian soldiers in Afghanistan killed unarmed men and children.

According to the ABC, the involvement of the ASD would raise the significance of the raids to a new level as its role is to monitor the communications of people of interest outside Australia.

Government eavesdropping
The story which prompted another of the raids — on News Corp journalist Annika Smethurst — was about the push by some within the Federal Government to give ASD power to monitor the communications of Australians in Australia, which is currently prohibited by law.

The documents also showed that the then acting head of the AFP, Neil Gaughan was given a list of “media talking-points”, prepared answers for the press-conference immediately after the ABC raids should journalists ask specific questions about the investigations and the warrant process.

Senator Patrick told the ABC: “The documents released under FOI show that the AFP raids were targeting journalists as much as the sources of alleged leaks”.

According to the Guardian, the ABC has protested the validity of the AFP’s search warrants and told the Federal Court that the decision to grant the search warrant was “legally unreasonable” and should be set aside.

Matt Collins, QC for the ABC said the warrant was issued without consideration of the rights of journalists to protect their sources and the implied freedom of political communication under the constitution.

Collins said the warrant was “excessively broad” and materially misstated the terms of the offences.

Warrants ‘rubber-stamped’
Senator Rex Patrick told the ABC that the AFP “chose not to obtain journalist warrants to search journalists’ metadata and instead proceeded direct to obtain search warrants from court authorities more likely to rubber-stamp their applications.”

“In doing so the AFP deliberately avoided having to pay a highly qualified public interest advocate to examine the merits or otherwise of their investigation and argue against the grant of a warrant.”

Patrick said he had a long list of questions which he will seek answers to.