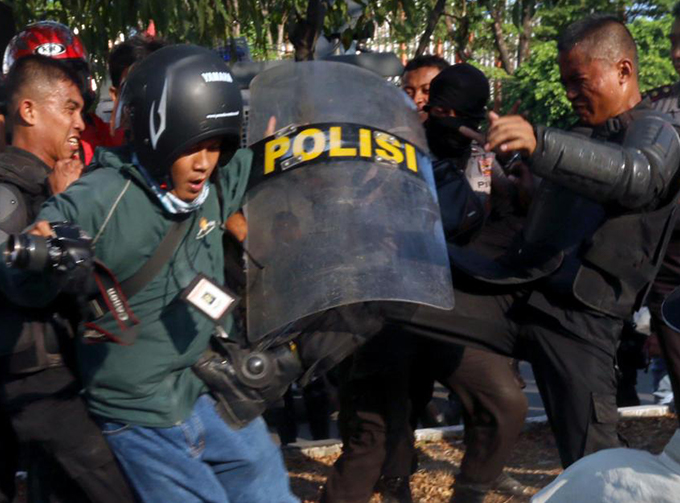 Indonesian police have not been investigating reported cases of violence against journalists, reports Indonesian magazine Tempo.

According to the Jakarta Alliance of Independent Journalists (AJI), there have been 26 cases of alleged violence against journalists reported to police in 2019 but not one has been fully investigated, let alone taken to trial.

According to Tanjung, 20 of these reports were related to violence against journalists during the May 22 post-election riots in Jakarta. In one case the perpetrator was a police officer.

Five other cases related to an evening gathering of Islamic groups at the National Monument (Monas) in Central Jakarta dubbed the Munajat 212 on February 21, and another related to an assault on a journalist during a sentence hearing against notorious gang leader Hercules Rozario Marshal on March 27.

Tanjung said that the alleged cases of violence against journalists were both direct and indirect and took the form of physical assaults, the seizure of equipment, the forced deletion of photographs and persecution on the internet.

Meanwhile in resolving the case of alleged violence against journalists by a police officer, Tanjung said that the AJI had already pursued ethnical channels by reporting the case to the police’s professionalism and security division (Propam), but the report was not followed up.

Tanjung also criticised the role of the mass media and journalists who themselves have been victims of violence.

When humans compete with television, Yung Lung proves the liveness of bodies wins out