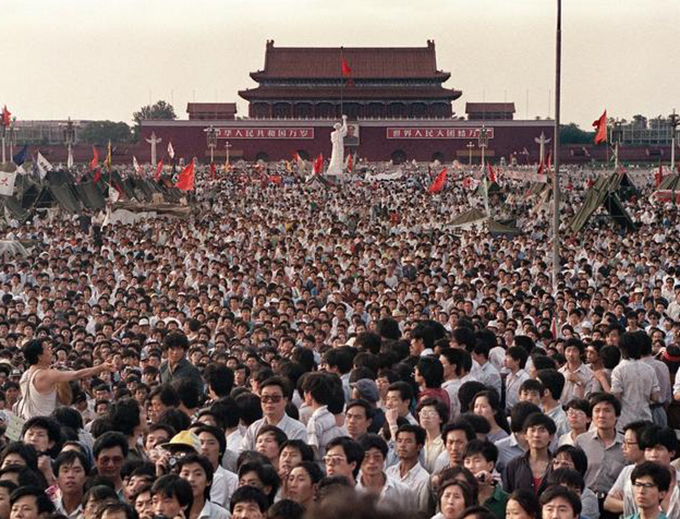 Auckland University of Technology has denied bowing to Chinese government pressure to stop one of its rooms being used for an event marking the 30th anniversary of the bloody crackdown on protests in Tiananmen Square in Beijing.

The New Zealand university has confirmed it canned a reservation for the event on Monday 3 June, a public holiday, after a meeting with China’s Vice-Consul General Xiao Yewen on the preceding Friday.

Vice-Chancellor Derek McCormack said AUT did not know the event was about the Tiananmen Square protests and it cancelled the booking only because the staff member who made it had not followed the right process, and the building would be closed for the holiday.

READ MORE: Fault lines of fact 25 years after the events in Tiananmen Square

“If it had been an AUT event or if it had been booked through the proper channels through our hospitality services group, it would have gone ahead as the film In the Name of Confucius went ahead a little earlier, which was also something that the Chinese consulate drew to our attention and asked us to cancel which we did not,” he said.

“It needs to be done in the proper manner for all sorts of reasons including health and safety. There are also charges that are made for rooms because of cleaning and set-up and utilities. These things were bypassed by the person who made the booking. In fact they did not even make the booking in their own name so it was something that was completely out of order.”

Concerns coincided
Messages obtained by Newsroom under the Official Information Act showed McCormack later wrote to the Vice-Consul General to say AUT defended its academic freedom, but in this instance their concerns and AUT’s concerns had coincided.

McCormack told RNZ Xiao had not threatened repercussions if AUT failed to cancel the booking.

McCormack said the university did not know at the time what the event was about. It had been booked as a student seminar and advertised in Chinese media, not in English.

Emails show Xiao described AUT’s decision as “right and wise” and would “definitely help promote further growth of exchanges and cooperation between AUT and the General Consulate and China in general”.

“Hardly seems credible, does it? That is the public position that the university is putting out but I guess from our point of view that seems like a fairly lame reason to have cancelled the event,” she said.

“When so many of our universities now are reliant on the fees that international students pay, and in AUT’s case it’s quite a significant chunk of their annual income, it’s inevitable that foreign governments are going to have the ability to put pressure on institutions should they want to and I think in this case that’s exactly what the Chinese government has done.”

He said the relationship with China was important to the government and to many tertiary institutions, but it had to be based on mutual respect.

“In New Zealand, free speech, the right to democratic process, those are very important things to New Zealanders and we have always been very clear with the Chinese government that those are things that we will always defend here in New Zealand,” Hipkins said.

The Chinese consulate in Auckland did not respond to a request for comment.