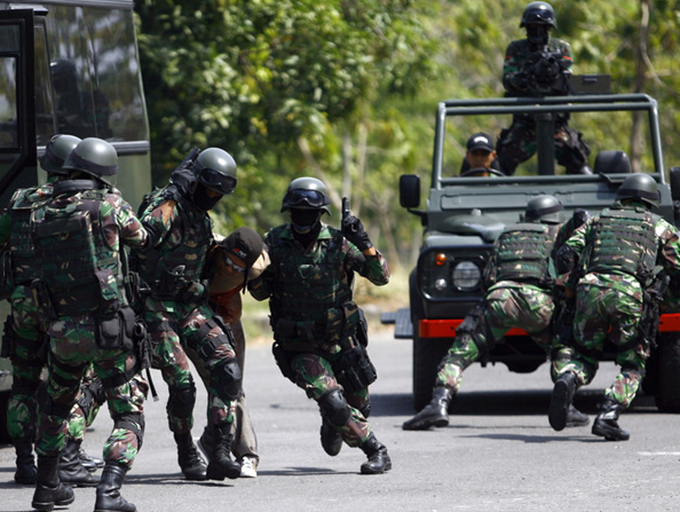 West Papuan fighters have killed an Indonesian soldier in a renewed threat to Jakarta’s road project there.

An Indonesian researcher, Hipo Wangge, said it was the ninth killing of a security officer by the West Papua Liberation Army since April.

The soldier was reportedly securing the Trans-Papua road project, a major effort by the Indonesian government to develop remote areas of Papua.

In December, part of the project near Nduga was put on hold when Liberation Army fighters massacred 16 construction workers.

The attack – the bloodiest in years to take place in Papua – prompted a massive deployment of Indonesian military and police to Nduga in a hunt for the fighters, sparking sporadic gunfights which have taken dozens of lives in the months since.

Rights groups have said that thousands of people have been displaced from Nduga. According to one group, at least 139 displaced people have died of malnutrition and disease in a temporary camp in nearby Wamena city.

Indonesian military spokesperson Muhammad Aidi told Antara that in Saturday’s attack the soldier suffered a gunshot wound to his waist and later died, with a helicopter rescue effort hampered by bad weather.