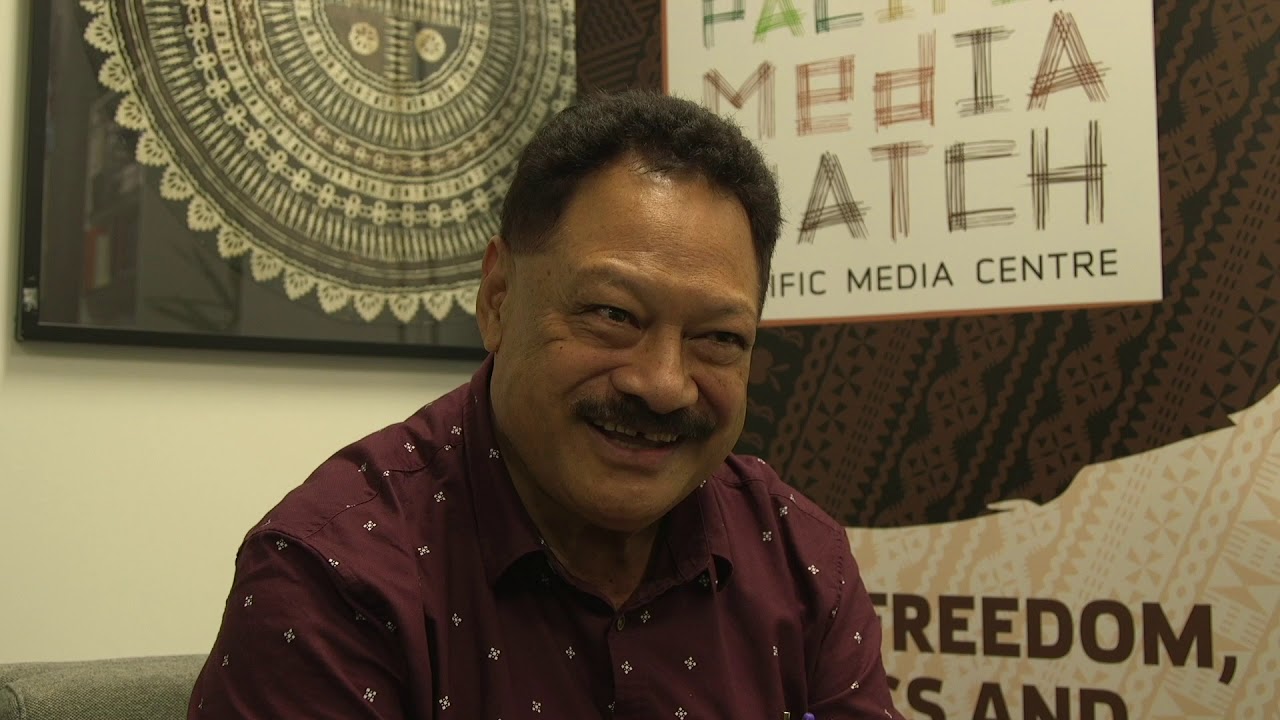 After 30 years as chief editor and publisher of Tonga’s flagship Taimi ‘o Tonga newspaper, the iconic Pacific media personality Kalafi Moala has sold his business and is looking to move on.

He plans to explore greenfield operations in Tonga in the digital era by presenting news through a mobile phone platform.

“I want to be engaged in something where we continue to produce news and maybe deliver news in a different platform maybe online, digital or maybe something to do with the phone,” he said in a recent interview with the Pacific Media Centre in Auckland.

WATCH: The interview with Kalafi Moala

“The mobile phone is a major thing that has changed the life of Tongans and we want to use that platform.”

Moala expressed his concerns too about the “sovereignty” of Pacific peoples who he said were being subjected to “colonisation through other means”.

He has sold his publishing and broadcast business Taimi Media Network to enterprising businessman Tausinga Taumoefolau and his company Keitahi Limited.