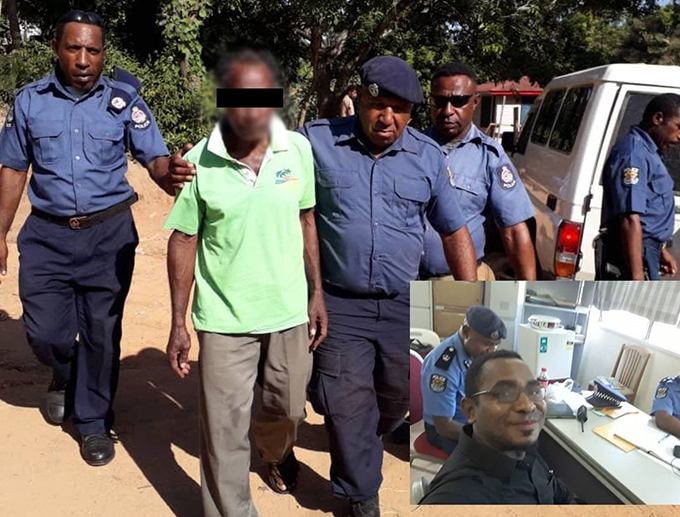 “On Sunday I received a notification on Facebook that Wilfred Kepui mentioned my name in a comment. When I clicked on the notification it took to me to a post by Remase Hariwa (real name Augustine Pouru),” Kramer wrote.

Pouru’s post claimed that a 7-year-old girl was being sexually abused and pleaded for someone to help her as local police were unable to.

“The mother reported the abuse to Gordon’s Police Station only to be told by the officer at the counter that police did not have any fuel,” Pouru wrote.

“I am tagging my mainstream media friends, Scott Waide, Sylvester Gawi, Erbiri Zurenuoc so we can be her voice and bring justice to this innocent little girl. Child abuse is real.”

When Kramer was tagged in a comment under the post, he contacted Pouru to find out the names of the girl and her mother.

“An hour later, with the assistance of Gordon’s Police and Mr Pouru taking time off work, we able to locate the mother and little girl who is actually 5 years of age,” Kramer wrote.

“Police arrested her grandfather, I then contacted a friend to have the mother and her daughter placed at Bel Isi Safe Haus to ensure she received urgent medical treatment.”

“Following the interview of the mother it was discovered two other girls living with them were also victims of sexual abuse.”

Kramer wrote that he thanked Pouru for bringing the issue to his attention.

The post follows Kramer’s announcement that he would be using social media to address police issues and help protect Papua New Guineans.

“Two weeks ago, straight after being sworn in as Minister for Police I explained to the press that I intended to run a social media program where the public would be able to directly get in touch with me to raise their concerns about policing issues, an initiative focused on making it safer for mums and dads and their kids.”

“Yesterday’s incident is one such example of the changes to come. As promised you can expect sweeping changes in how our police address sexual violence and police brutality.”

“To avoid any doubt, I’m still very much committed to addressing high-level corruption, once I’ve had the opportunity to address the issues facing our police force I expect them to take the lead without political interference.”