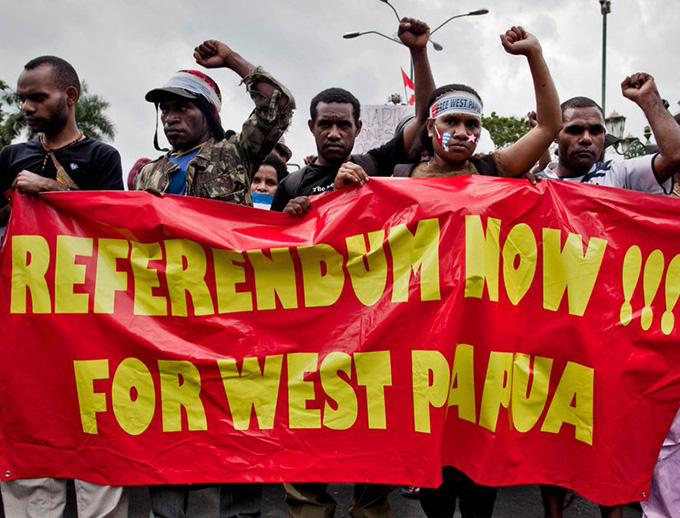 It may be more than a month since Indonesians went to the polls, but the country is still being shaken by violence related to the election, including in the Papua region.

At least six people died in clashes in the capital Jakarta, during protests against the election outcome that saw President Joko Widodo declared the winner over Prabowo Subianto.

There are also reports in the Jakarta Post that post-election violence erupted in the troubled Papua region with investigations taking place into the deaths of four protesters allegedly killed by Indonesian soldiers.

But West Papuan activists pushing for independence from Indonesia have declared their election boycott was a success, saying that a majority of West Papuans did not vote.

Benny Wenda, the exiled leader of the United Liberation Movement, called for the peaceful boycott to show that West Papuans were not interested in electing Indonesia’s president.

After the preliminary count came in he claimed that 60 percent of West Papuans had not taken part in the election.

However, the official results from the electoral commission show that 88 per cent of West Papuans did vote.

ULMWP spokesman Ronny Kareni said that while West Papuan activists were glad that Joko Widodo remained in power, they did not think anything would change citing that Joko Widodo had not addressed any of the human rights cases in Papua that he said he would in his first term.

“The trust that has always been there, that gap is widening,” he said.

“The general feeling is that nothing will change, even though Jokowi is back serving for the second time”.