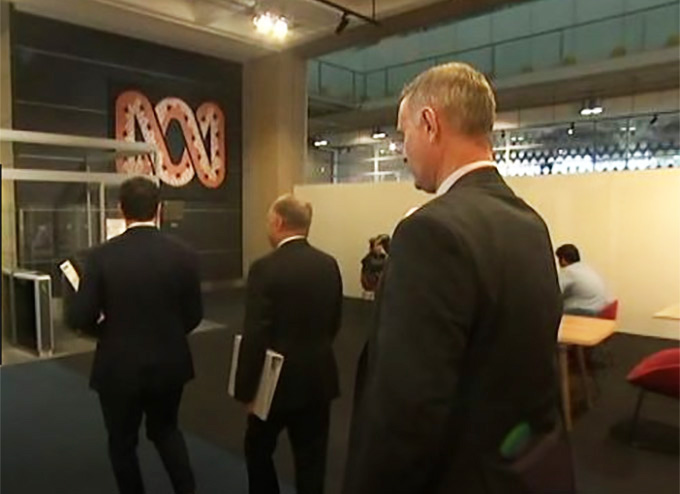 Two raids by the Australian Federal Police (AFP) on journalists and media organisations within the last 24 hours represent a disturbing attempt to intimidate legitimate news journalism that is in the public interest, says the union for Australian journalists, the Media, Entertainment and Arts Alliance (MEAA).

Yesterday’s raid on a News Corporation Australia journalist, and today’s raid on the public broadcaster ABC (Australian Broadcasting Corporation) and three of its journalists, suggest that no media organisation is immune from government attacks on press freedom.

“A second day of raids by the AFP sets a disturbing pattern of assaults on Australian press freedom. This is nothing short of an attack on the public’s right to know,” said MEAA media section president Marcus Strom in a statement.

“Police raiding journalists is becoming normalised and it has to stop.

“These raids are about intimidating journalists and media organisations because of their truth-telling.

“They are about more than hunting down whistleblowers that reveal what governments are secretly doing in our name, but also preventing the media from shining a light on the actions of government,” Strom said.

“It is equally clear that the spate of national security laws passed by the Parliament over the past six years have been designed not just to combat terrorism but to persecute and prosecute whistleblowers who seek to expose wrongdoing.

‘Poisonous laws’
“These laws seek to muzzle the media and criminalise legitimate journalism. They seek to punish those that tell Australians the truth.

“Yesterday’s raid was in response to a story published a year ago. Today’s raid comes after a story was published nearly two years ago.

“Suddenly, just days after a federal election, the Federal Police launches this attack on press freedom. It seems that when the truth embarrasses the government, the result is the Federal Police will come knocking at your door,” Strom said.

“MEAA demands to know who is responsible for ordering these coordinated raids, and why now. We call for the government and opposition to take collective responsibility for the legal framework they’ve created that is allowing for what appears to be politically motivated assault on press freedom,” Strom said.

“For years the Liberal and Labor parties have engaged in a high-stakes game of bluff which has seen the introduction of anti-democratic laws in the guise of national security legislation.

“It is time that the government and opposition had a common sense approach to defusing these poisonous laws that are effectively criminalising journalism. This attack on the truth must end.”