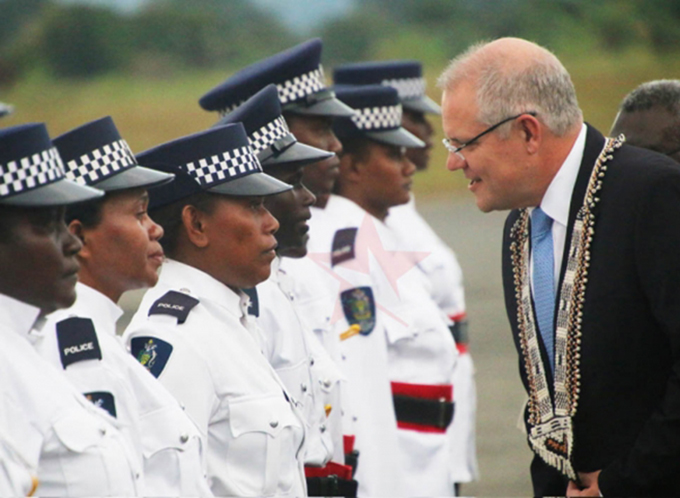 By Ian Kaukui in Honiara

His trip to Honiara marks his first overseas trip since being elected in the May 18 federal election.

The last Australian Prime Minister to visit Honiara was Kevin Rudd in 2008.

Morrison touched down at the Honiara International Airport at 5.20pm yesterday to a colourful welcome.

After being welcomed and garlanded, Morrison then inspected a guard of honour on the tarmac.

A highlight is expected to be discuss about China’s presence in the region.

Other issues at the top of agenda will be climate change, labour mobility and ongoing Australian support to Solomon Islands.

Morrison has also announced a financial package to support Solomon Islands workers getting employment in Australia over three years.

Prime Minister Morrison will also meet with the Solomon Islands Football Federation (SIFF) president William Lai today to look at ways that Australia can assist the country in football.

One of the major projects being supported by the Australian government is the the undersea cable which is set to be completed and is due to be launched September.