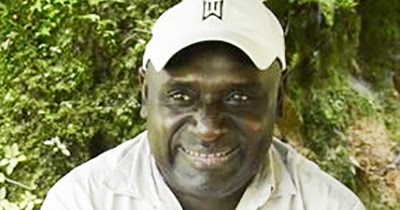 BOUGAINVILLE Copper Limited (BCL) lost both a dear friend and esteemed colleague with the untimely passing of Eric Tapakau on May 19 after a brief illness.

Tapakau, 44, was a highly regarded member of our Bougainville team having joined the company in September 2017 as media and communications adviser.

As a testament to his capabilities and leadership, he was quickly promoted to a senior project officer position just four months later.

One of Eric’s great qualities was his natural affinity with people and his ability to effectively engage with those at all levels of the community.

He was deeply committed to the betterment of Bougainville and its people and had earned widespread respect.
Those who knew him best, including former work colleagues and school friends, recall how people loved being in Tapakau’s company. He was warm and welcoming and, also possessed a quick wit and wicked sense of humour.

“ET”, as he was affectionately known, was able to lighten the mood of any room no matter the situation, and it was often hard to keep a straight face when he was around.

Panguna mine
Eric Tapakau was born on 28 February 1975 in Siredonsi Village, Bougainville, and had a happy and active childhood growing up around the Panguna mine where he was often entertained by simply watching mine-related activities.

He attended Sipatako Primary and several high schools, including De La Salle in Port Moresby where he played rugby league as a willing front rower.

Tapakau was a passionate rugby league fan with sworn allegiances to the Penrith Panthers and NSW Blues. He also loved music, particularly hard rock and heavy metal, with Metallica one of his favourite bands.

Always inquisitive and interested in current affairs, Eric Tapakau undertook a Bachelor of Journalism and a Diploma in Media Studies at the University of Papua New Guinea.

He was a proud and worthy recipient of a Bougainville Copper Foundation scholarship which assisted him in his tertiary studies.

His education provided the foundation for a successful and rewarding career which commenced with a graduate position with the PNG Banking Corporation as a marketing officer.

He then joined the Post-Courier newspaper where he was business editor and Bougainville bureau chief from 2002-2010.

On top of stories
Tapakau gained a reputation as a hard-working and enthusiastic newsman who was always on top of the latest story.

In 2017, he returned to his beloved Bougainville and began working with BCL, which benefited greatly from the connections and relationships he had forged across the community, everyone from landowners in Panguna to business people, government officials and other community leaders.

Eric Tapakau was a terrific team member who thoroughly enjoyed his engagement work in Central Bougainville working alongside BCL’s other project and village liaison officers. He believed the vision of Panguna’s future redevelopment was a worthy one to pursue due to its potential to make Bougainville a more prosperous place.

Tapakau got great satisfaction out of helping to implement programmes that made a positive difference to the lives of Bougainvilleans whether it be in sport, education, health or local industry development.

He was a trusted and respected voice and skilful communicator whose advocacy and ability to connect with local people will be sorely missed.

A loving family man, Eric Tapakau is survived by his wife Rose and their five children, Anthony, Sylvia, Emmanuel, Zoe and Rosil, of whom he was extremely proud. His parents Anthony and Patricia mourn the loss of their son being the eldest of brothers Raymond, Kenneth and sisters Shirleen, Natasha and Ireen.

Gone too soon, but he will never be forgotten.