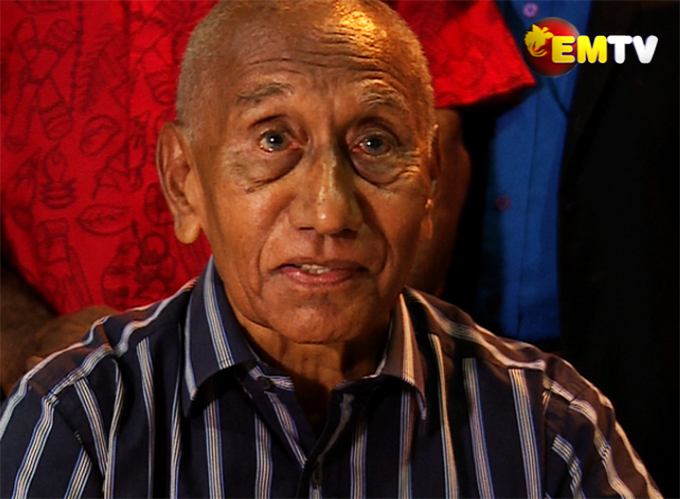 His comments follow a media frenzy that had him being called “Acting Prime Minister”.

“I have not been designated any ministerial role by Peter O’Neill”, he said today.

Sir Julius Chan said he was not Acting Prime Minister, although honoured to be considered as the government’s alternative when the resignation of the PM takes place.

“The existing Prime Minister has no power to nominate a new Prime Minister of his choice, Peter O’Neill simply designated me [as] the provisional caretaker of the government Coalition

“I want to be very clear – this is not a position I am seeking.

“However, I love Papua New Guinea, and there is a desperate need right now to unite the country, to heal our wounds, and to make the wealth of this country work to the benefit of the people of this country.”

O’Neill commended
The New Ireland governor commended Peter O’Neill for taking, what he believed what was necessary for Papua New Guinea by announcing his intentions.

“He is respecting the desires of the people, of the country, and stepping down.

“He simply asked me to help by maintaining order among the members of the coalition and helping the coalition to work with all parliamentary members to make a wise and uniting decision concerning who should become the next Prime Minister.”

The 79-year-old politician, said he had been approached by both factions as a potential candidate for the nation’s top job.

“I do not need the job, frankly. I have plenty of work to do in New Ireland. I am governor of my province and legally remain so unless I am called to take up a post at the national level and sworn in as such. ”

But, Sir Julius said, if he was called, then he would serve.

“If we are honest, we have to admit the country is facing huge problems. If the members of Parliament – and I mean both opposition and government – feel I can contribute to dealing with those problems over the next year or two, then I am willing to do whatever I am asked to do to help make that happen.”

How much has support for the Voice fallen? It depends on how you ask

Which seat on a plane is the safest? We asked an aviation expert