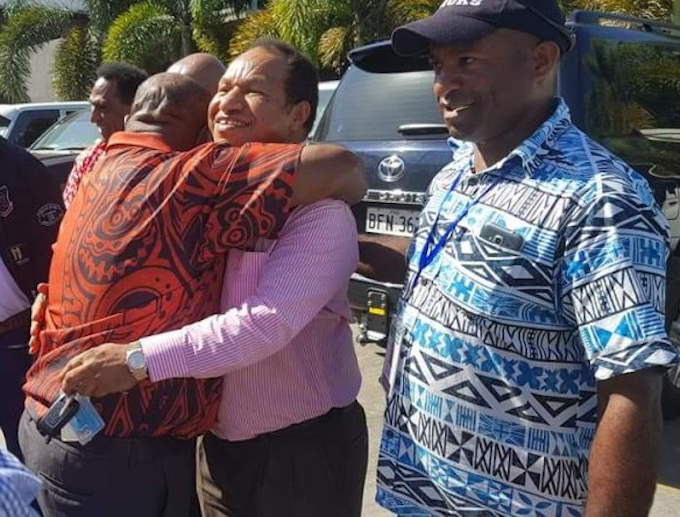 The biggest coalition partner in Prime Minister Peter O’Neill’s coalition government has defected to the opposition in the most dramatic shift in numbers in Papua New Guinea’s power struggle.

As leader of the United Resources Party (URP), Duma brings with him 11 MPs to the opposition.

Along with him was Higher Education Minister Pila Niningi and Police Minister Jelta Wong.

Duma immediately held a news conference in which he expressed his reasons for leaving the government. Chief among them was the controversial loan with the Swiss bank UBS.

“I have never come out publicly. But I can say that I was one of those that opposed the UBS deal. My colleagues, Don Polye and Kerenga Kua…we were terminated for speaking out. We were not terminated for incompetence,” he said.

“It is in the best interest of the people who we represent that we join the Opposition and call for a change in government.”

About half an hour before William Duma’s arrival, Commerce and Trade Minister Wera Mori, arrived at the opposition camp where he was welcomed by opposition MPs.

The Post-Courier reports that the opposition camp is now understood to have 62 MPs. Fifty six MPs are needed to form a majority in the 111-seat parliamentary Haus.