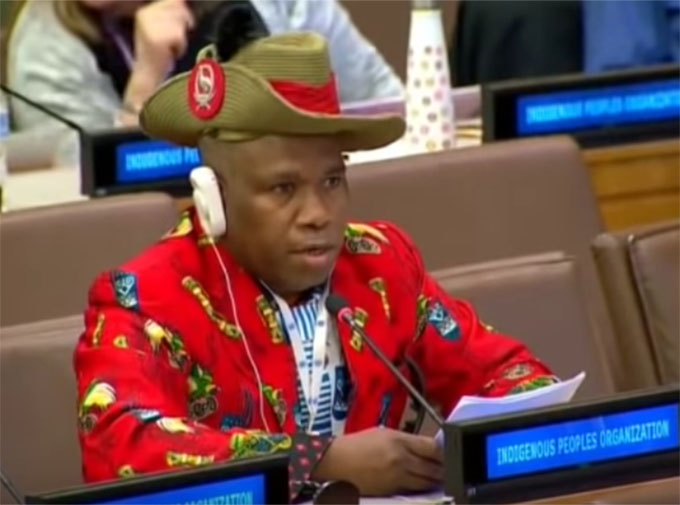 Since 2004, a number of university papers have raised the question of genocide in the Pacific territory of West Papua administrated by Indonesia subsequent to a 1962 United Nations General Assembly vote to occupy the colony in defiance of the territory’s objections.

Although the United Nations claims to be opposed to genocide, it was was quick last week to silence a speaker at a General Assembly forum concerning self-determination.

The speaker, John Anari, ambassador for the United Liberation Movement for West Papua (ULMWP) was stating that West Papua was under a UN-appointed occupation and that the UN had a legal obligation under article 85 part 2 of its charter to place the issue of the UN occupation authorised in 1962 by General Assembly resolution 1752 on the agenda of the UN Trusteeship Council.

The moderator interrupted Anari and then when he tried to raise the issue again, she cut him short and went on to the next speaker.

This is not the first time the UN has censored information and requests about West Papua.

The same request was stated clearly at the 2016 Permanent Forum on Indigenous Issues (PFII), yet the forum made no mention of the request in its report to the UN Economic and Social Council, which has the power to place issues on the agenda of the Trusteeship Council.

This year, in addition to again presenting West Papua’s request to the PFII, Anari was making use of an invitation from the President of the General Assembly to attend a forum concerning indigenous self-determination when the forum’s moderator tried to silence him.

Anari resumed asserting his request for the UN to comply with its charter obligations and acknowledge its responsibility for the consequences of the General Assembly authorisation of UN military occupation in Papua.

There may be additional opportunities this week for the United Nations to live up to its charter and the promise of advancing human rights, but if the past week and years are any indication the prospects are not good.

Andrew Johnson is a 20-year veteran with the Australia West Papua Association, specialising in historical research and analysis.

UN webcast of the ‘shutdown’ of John Anari speaking at the UN General Assembly on April 25. Source: ULFWP