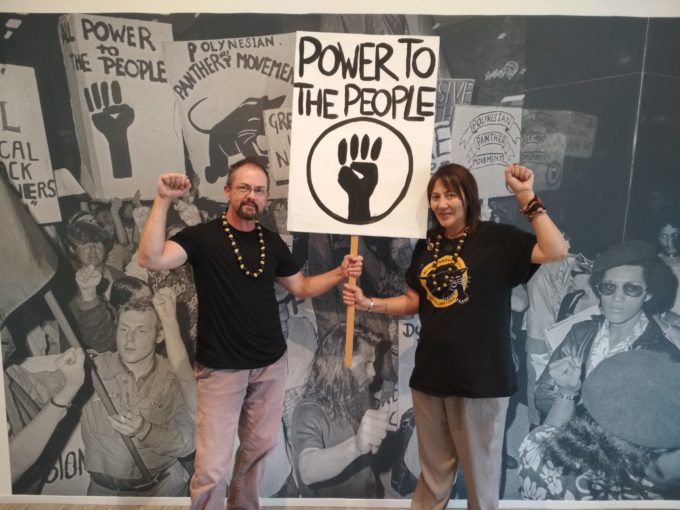 Educate to Liberate curators Pauline Smith and Ari Edgecombe … a window on the police and immigration crackdown on illegal “overstayers” in the 1970s. Image: Michael Andrew/PMW

An exhibition about the infamous Dawn Raids” in the 1970s has opened in South Auckland, providing a window into a painful chapter of New Zealand’s history.

Called Educate to Liberate, the exhibition showcases art projects, memorabilia and photographs of a time when the police were racial profiling and harassing Pacific Islanders in a government-approved campaign.

“It gives people permission to talk about it. It’s still very painful and shameful for a lot of people,” she said.

The Dawn Raids were part of a police and immigration crackdown on illegal “overstayers” in the 1970s. Pacific Islanders were specifically targeted while overstayers of European origin were overlooked.

Police entered homes in the early hours, demanding to see passports and proof of residency. They often physically removed residents for deportation.

Smith said the raids created a lot of shame among Pacific people, many of whom are reluctant to talk about it due to social stigma.

However, some have opened up about their experiences.

South Island raids
“We had this girl in Invercargill who had a story about how they were dawn raided and the uncle was escorted on to the plane by police, so they looked like criminals.”

Social services then came and put her brother and sister in state care.

Educate to Liberate was exhibited in the Southland Museum and Art Gallery, Niho o te Taniwha in Invercargill last year after the release of Smith’s award-winning children’s book, Dawn Raids.

Co-curator Ari Edgecombe of the Southland Museum said there were many sad stories of the Invercargill Dawn Raids, despite a common misconception they were not carried out in the South Island.

“That’s one of the reasons why we’re asking people to share their voice if they want to,” he said.

“We just figured that this might be the time for healing.”

Polynesian Panthers
The exhibition’s Auckland opening in Fresh Gallery Ōtara last weekend featured talks from Tigilau Ness, Will ‘Ilolahia and Reverend Alec Toleafoa of the Polynesian Panthers, an activist group formed in the 1970s in response to the raids and police discrimination. 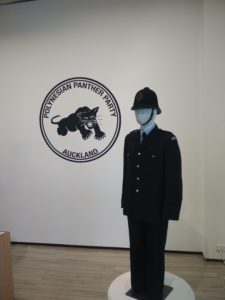 The Panthers distributed a legal pamphlet to Pacific communities allowing people to know their rights when being harassed by police. A copy of the pamphlet is on display at the exhibition.

They also carried out their own dawn raids on the houses of North Shore MP George Gair and the Minister of Immigration, Bill Birch, turning up at 3am with loudspeakers and spotlights and demanding to see their passports.

The police raids stopped shortly after.

Former chair of the Panthers Will ‘Ilolahia said he and other members of the group served prison sentences for their struggles with the police.

“Some of us were feeling so strong about it that we were prepared to go and do time.”

Institutional racism
A “change consultant” now, ‘Ilolahia and other Panther members visit schools and talk to students about the need to stand up for what is right.

While he said that there have been improvements in the treatment of Pacific people, institutional racism still exists in New Zealand.

“Racism is still here, basically because the system is monocultural in it’s outlook.”

He said there was a need for all New Zealanders to start recognising themselves as migrants.

“Aotearoa is a country of migrants. We’re all migrants.”

“But we’ve got a pretty good place here. That’s why we fought for it.”

The Educate to Liberate exhibition opened at the Fresh Gallery Ōtara on April 6 and runs until May 25. 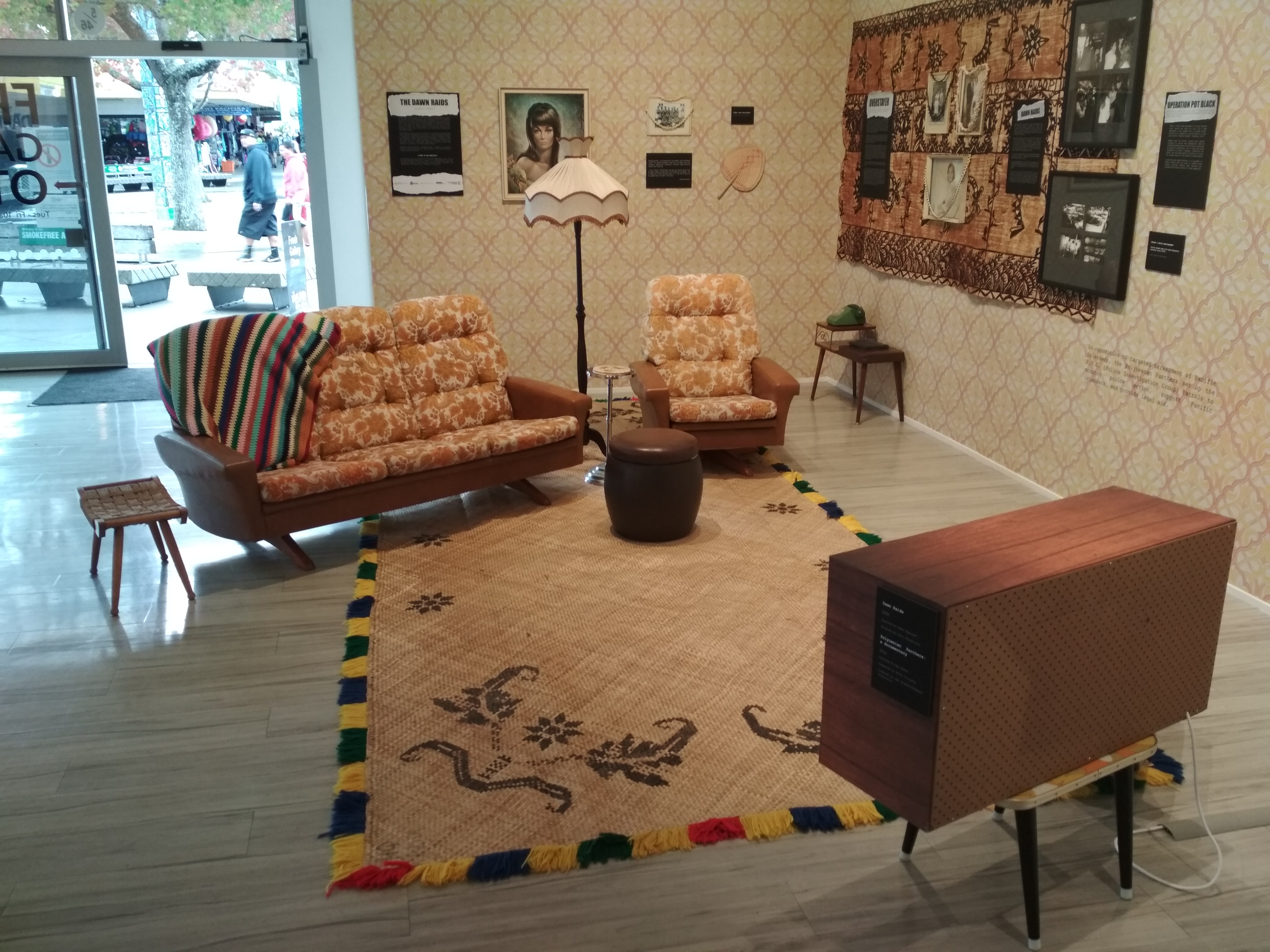 A replica of a 1970s living room in a Pacific family home. Image: Michael Andrew/PMW