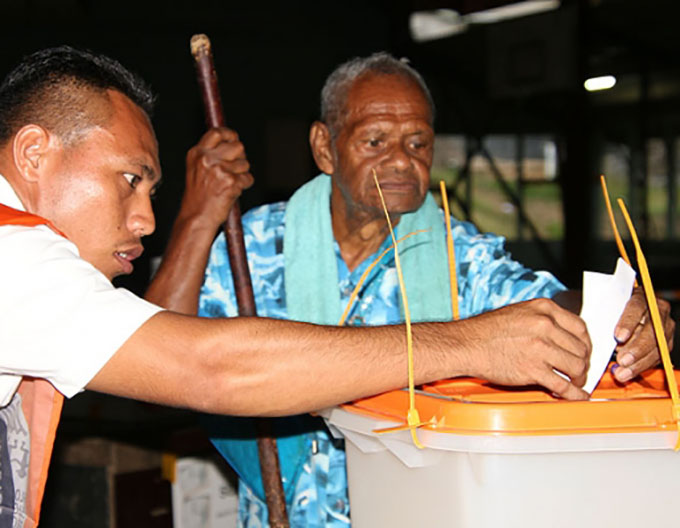 Sogavare, the outgoing finance minister, was one of seven MPs in the last House who has secured his seat so far, according to early results.

The other six are: 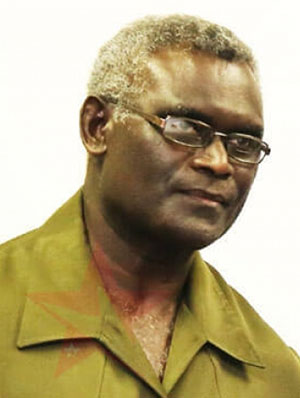 Manasseh Sogavare … back for another term. Image: Solomon Star

Rore has caused the biggest election upset so far when he unseated Milner Tozaka, the outgoing Foreign Affairs minister, who lost the seat after serving two terms.

Tozaka is the parliamentary wing leader of the People’s Alliance Party in the last House.

Sandakabatu out
In North West Choiseul, Kuma polled 2948 votes to knock out Connelly Sandakabatu, who had held the seat for the last two terms.

Galokale is the managing director of the Takamako Holdings group of companies. He polled 999 votes, just ahead of Leokana Tozen with 965 votes.

Sogavare retained his seat after polling 1860 votes, more than a thousand ballots from the runner up Ezra Kukuti, who polled 755 votes.

In Ulawa/Ugi, Marau, the youngest MP in the last House, secured his second term by a landslide.

He received 1778 votes ahead of the former Archbishop of the Anglican Church of Melanesia, George Takeli, who polled only 476.

Fewer votes
The other six candidates who contested the seat collected an even fewer number of votes.

In Central Makira Giro polled 3803 votes, ahead of Usumae Peter Thompson with 1,419.

In Gao/ Bugotu, Manetoali’s return for his fourth term in Parliament was a surprise.

The charge was a huge set-back to Mantoali’s election campaign and many doubted his chances of returning for another parliamentary term.

But on Wednesday, the people of Gao/Bugotu handed Mantoalia a resounding victory and a fourth term in Parliament.

He polled 2457 votes ahead of his runner up Adrian Toni, who received 1102 ballots.