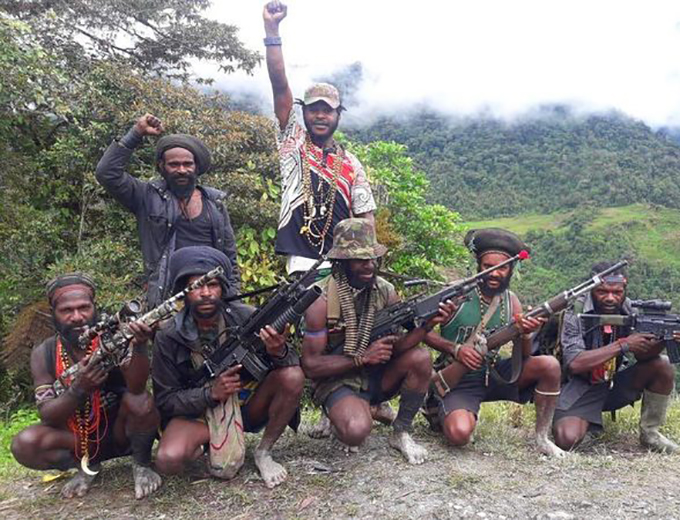 Peters was responding to a letter from a representative of the West Papua Liberation Army, which is waging an urgency with Indonesia’s military in Papua in a struggle for independence.

The Liberation Army has said it is open to negotiations but dozens have died in gunfire exchanges with soldiers since last December.

The foreign minister said for peaceful negotiations to succeed, all sides needed to “renounce conflict and cease hostilities.”

Indonesia, which has more than 190 million eligible voters, goes to the polls on April 17. It will be the first time the country’s president, vice-president, and members of the legislature are elected on the same day.

The ULMWP’s chairman, Benny Wenda has encouraged all West Papuans, and those sympathetic to the Papuan independence cause, to boycott the elections.

The UK-based lawyer and parliamentarian Wenda said Papuans did not want a new Indonesian colonial ruler. Instead, they wanted “freedom”.

“These elections are not for the Papuan people – they are for Indonesia. I’m calling on all of my people, whether rich or poor, civil servant or worker, military or civilian, from village or city, to peacefully boycott the Indonesian elections on April 17.”

The upcoming presidential election sees the incumbent Joko Widodo being challenged by former military leader Prabowo Subianto, who lost to Widodo in 2014.

In the previous poll, Widodo won significantly more votes in Papua than Prabowo.

“We respect Indonesia’s right to hold elections in its own territory, but we will oppose the elections of the coloniser when they are forced upon us,” Wenda said

“We have tried participating in the elections of the colonial master before – but we are still killed, tortured and discriminated against every day.”

Indonesia’s government claims the incorporation of Papua into the republic is final, and that Papuans are participants in a democratic system.

However, while pushing the boycott, the ULMWP is encouraging people to rally on April 5 as a global day of action for West Papua.

This date marks the anniversary of the establishment of the Nieuw Guinea Raad (the West Papua National Parliament).

On April 5, 1961, the Kingdom of the Netherlands and the international community formally recognised West Papua’s right to self-determination and eventual statehood.

A US-brokered agreement between the Netherlands and Indonesia in 1962, without Papuan input, subsequently paved the way for an Indonesian takeover of the former Dutch New Guinea.

VIDEO: Michelle Grattan on the Anglosphere’s reassertion in the Indo-Pacific