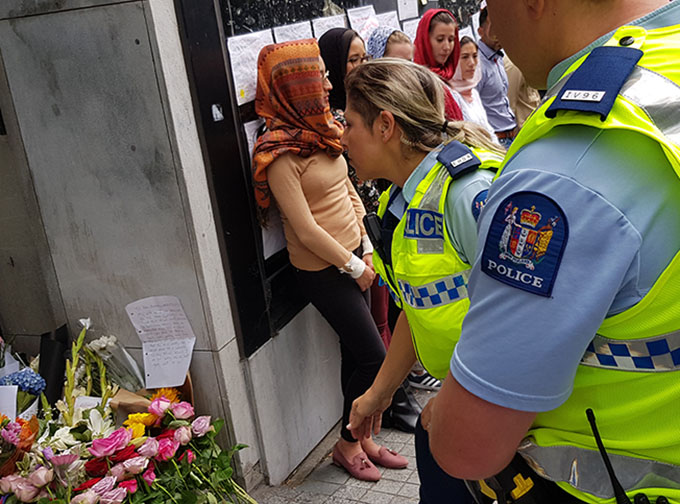 Police guarding the AUT Masjid today added their tribute to the flowers at the entrance to the prayer room in central Auckland. Image: David Robie/PMC

New Zealand today observed the Muslim call to prayer and two minutes of silence in Christchurch and across the country, one week after terror attacks that killed 50 people at two mosques in the city.

It was attended by Prime Minister Jacinda Ardern, Muslim community leaders, local iwi and international dignitaries, among others.

Hundreds of students and staff at Auckland University of Technology paid tribute to the victims of the Christchurch mosque massacre a week ago today at the campus masjid. Video: Cafe Pacific

It was followed by two minutes of silence, which was observed nationally.

“We are broken-hearted, but we are not broken. We are alive, we are together, we are determined to not let anyone divide us,” he said.

Auckland University of Technology, the country’s second largest university, marked the mourning day with several events across its three campuses across the city.

Students and staff mounted a “protective” vigil at the campus Madjid and placed flowers at the entrance. 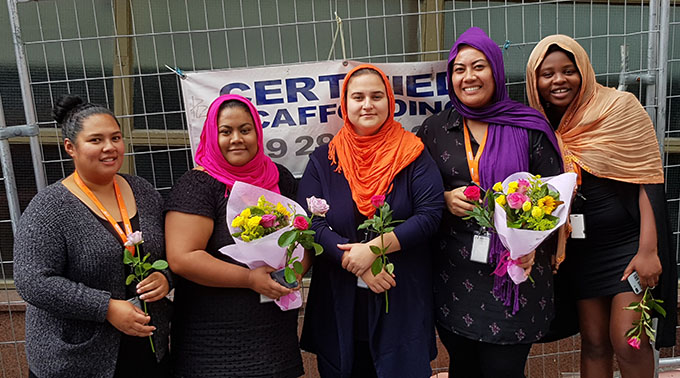 Flowers for the victims of the Christchurch mosque attacks at the AUT Masjid today. Image: David Robie/PMC 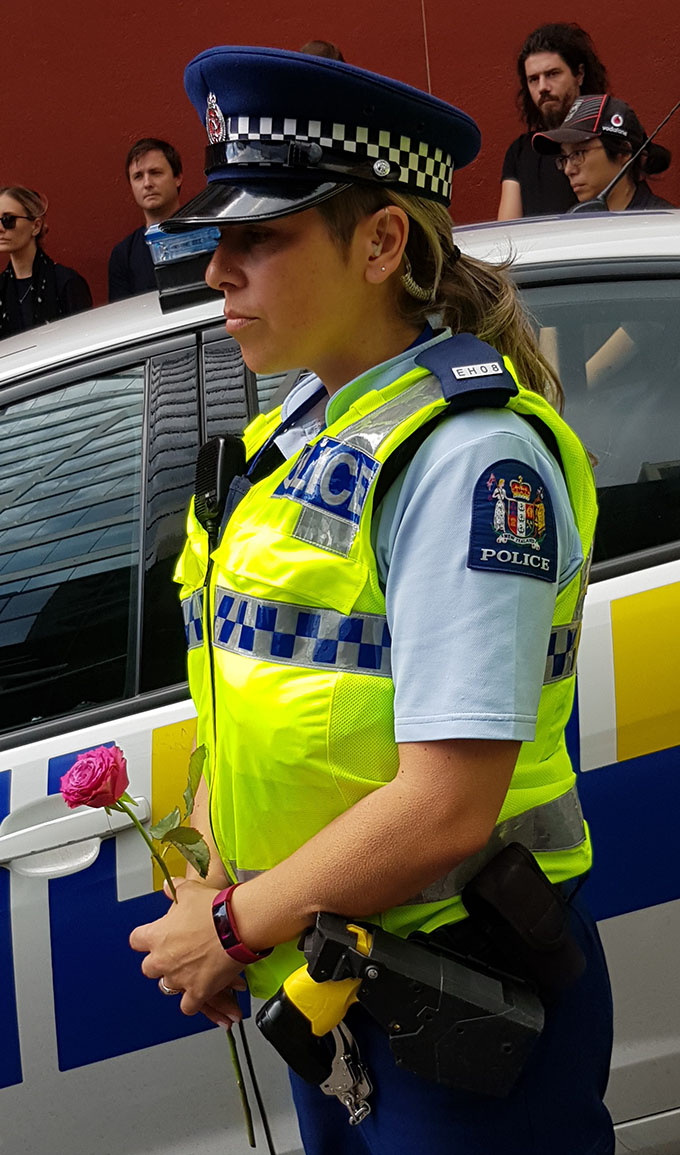