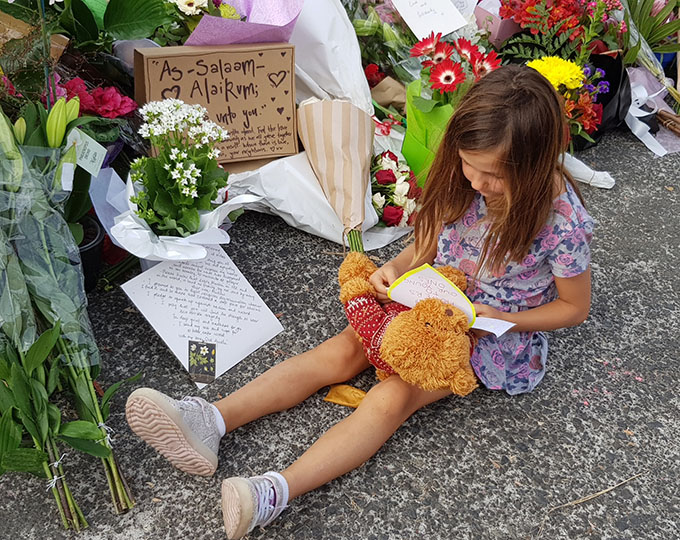 A young girl with a teddy reading messages of support among the floral tributes outside Ponsonby mosque in Auckland today. Image: David Robie/PMC

Hundreds of Auckland mourners shared prayers today for those who lost their lives in New Zealand’s double mosque attack on Friday in an ecumenical service in Ponsonby’s Sacred Heart Church.

Then the mourners crossed Vermont Street to the Ponsonby mosque and shared their grief in a colourful, floral and vibrant ceremony.

Catholic bishop of Auckland Patrick Dunn led the way carrying a wreath of flowers in crossing the street.

Many speakers from several religions vowed that the massacre on Friday that has left 50 people dead, including a young child, would not divide the country. On the contrary, it would strengthen a united resolve.

At a press conference in Wellington, Bush reiterated Prime Minister Jacinda Ardern’s statement that victims’ bodies would begin to be returned to their families this evening, a process that would hopefully be completed by Wednesday.

“We have in excess of 200 police staff [in Christchurch] doing a number of roles.

“We have medical forensic staff, highly trained police staff, all working to enable the chief coroner to have this process commenced and completed as soon as possible out of respect for their loved ones.”

He said he was working with top police on deployment, “to deploy them in a way that allows people to feel safe to go about their business”. 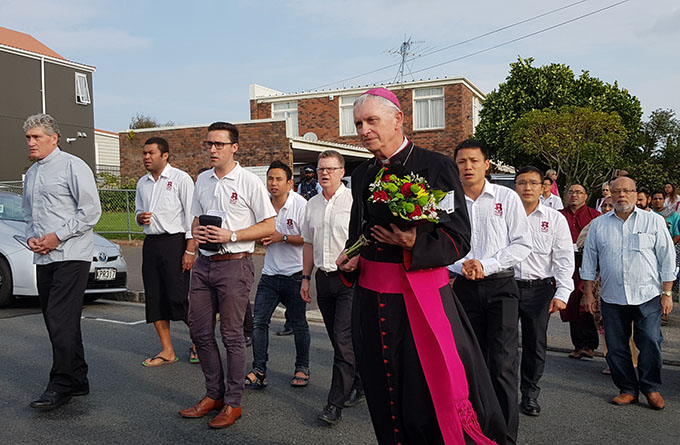 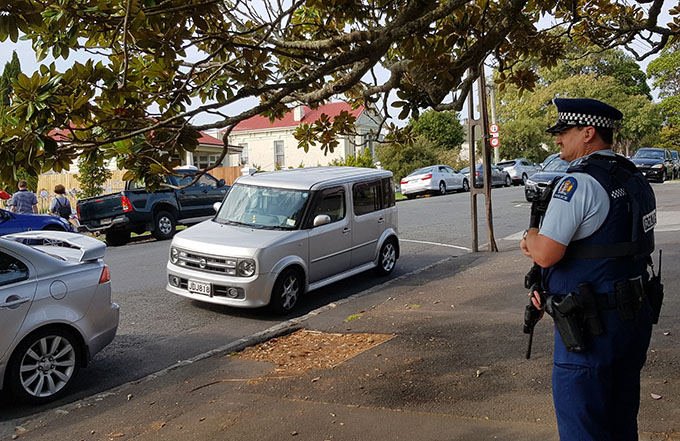 An armed policeman guarding the outside of Ponsonby mosque today. Scenes like this are rare in New Zealand where police do not normally carry firearms. Image: David Robie/PMC

Spotify Wrapped, Apple Music Replay and Instafest: what do end of year music wrap-ups say about our listening habits?