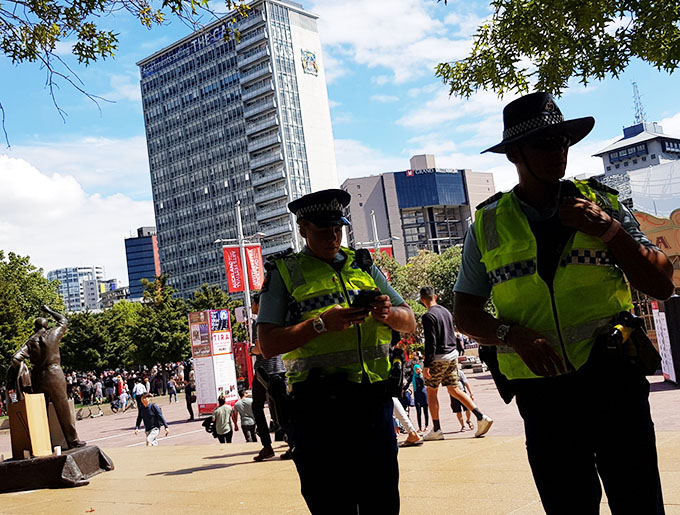 Some held banners calling for love in the face of hatred, while others wept quietly as various speakers took to the stage.

One attendant, Muslim woman Monique Pearl Pritchard, said she was overwhelmed by the support her community had received from New Zealanders.

She said seeing people from all walks of life descending on the vigil was “beautiful and heartwarming”.

Commander Hassan said she was incredibly proud to be an officer and a Muslim today.

“Because these events will bring everyone in New Zealand together – it doesn’t matter what community you are from.”

Other vigils throughout the country were planned for later today. 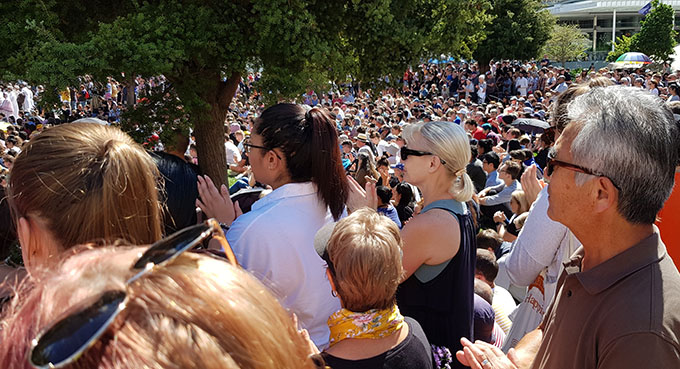 Thousands gathered in Auckland’s Aotea Square for today’s vigil for the survivors and victims of the Christchurch mosque massacre. Image: David Robie/PMC 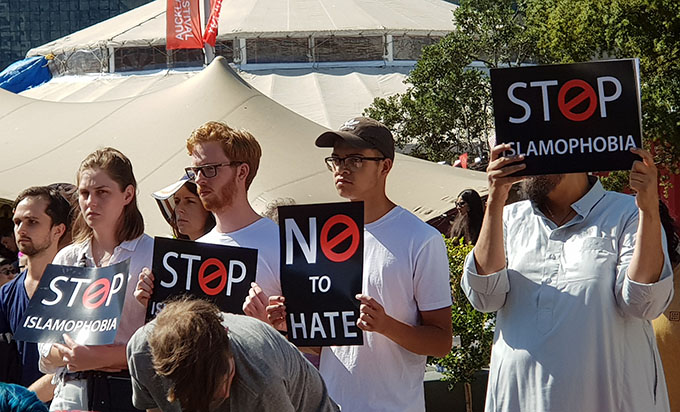 “Standing beside our Muslim brothers and sisters”. Image: David Robie/PMC