Forty-nine people died at Al Noor Mosque next to Hagley Park and the Linwood Mosque.

Ardern told media this morning there were two semi-automatic weapons and two shotguns. A lever action firearm was also found. 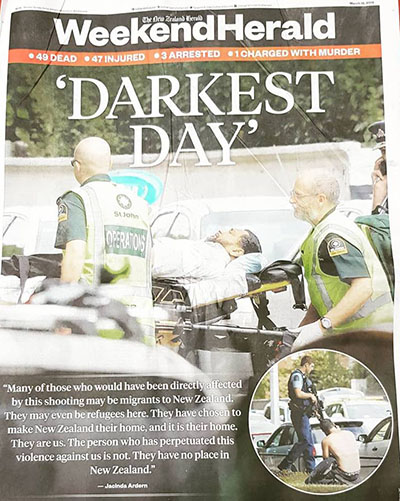 She said the accused man was in possession of a gun licence that was acquired in November 2017.

The man began purchasing weapons in December 2017, the month after obtaining a Category A gun licence, she said.

“My advice currently is that under that gun licence he was able to acquire the guns that he held. That will give you an indication of why we need to change our gun laws.”

The government will respond swiftly, she said.

“I can tell you right now our gun laws will change.

Safety biggest priority
“The mere fact that when people of course hear that this individual acquired a gun licence and acquired weapons of that range, then obviously I think people will be seeking change, and I’m committing to that.”

She said police were trying to establish at what level the other two people, who have been arrested, may have been involved.

Ardern said the safety of New Zealanders was the biggest priority. 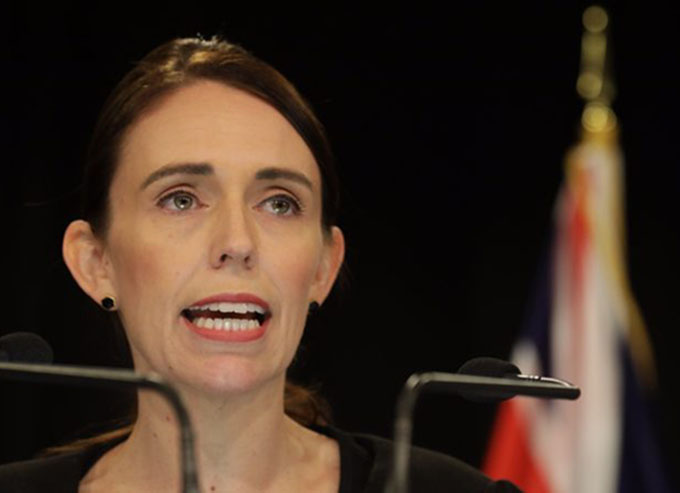 Prime Minister Jacinda Ardern … a rhetoric of racism, division and extremism should have no place in New Zealand. Image: Image: Rebekah Parsons-King/RNZ

She said rhetoric of racism, division and extremism should not have a place in New Zealand or in society as a whole.

“Given the rise of extremist views, by those who hold ideology that I can only describe as violent and extreme, our agencies here in New Zealand have stepped up the work that was being done in that area but again, that did not result in this individual being on any kind of watchlist.

“If there is any suggestion that these individuals should have been known, we are looking into that.”

After being briefed by intelligence officials she confirmed there were 49 people dead and more than 40 being treated in hospital, two of them in critical condition.

Child transferred
She also confirmed a five-year-old child was transferred to Starship Childrens Hospital – the only transfer that had taken place.

Ardern said work was under way to confirm the identities of those who have died but that all those who were injured had been identified and their families told.

She said Christchurch Hospital is well equipped and coping well and that pathologists had made themselves available, and a number were coming in from Australia.

Ardern said three people have been arrested in relation to the attacks and an Australian man would appear in court today.

“This individual has travelled around the world, with sporadic periods of time spent in New Zealand. They were not a resident of Christchurch, in fact they were currently based in Dunedin at the time of this event,” she said.

Inquiries are ongoing to establish whether the other two arrested were directly involved.

A fourth person was a member of the public who was armed but had the intention of assisting the police. The person had been released.

‘No prior criminal history’
The prime minister said police were working to build a picture of those in custody.

Agencies have been asked to work swiftly to assess whether there were any posts on social media that should have triggered a response.

“Today as the country grieves, we are seeking answers,” Ardern said.

Christchurch residents have been asked to remain at home.

Armed police remain at a cordon near the Linwood mosque this morning. The corner of Hereford Street and Linwood Avenue remains closed to the public with closed signs, emergency tape and orange cones blocking access.

Ardern said 45 additional police staff had flown to Christchurch with more than 80 flying in today. Detectives, public safety teams and intelligence support are among the police staff.

Distress call
Ardern urged anyone in New Zealand to call or text 1737 if they were feeling distressed.

She reiterated calls from the police not to distribute material, like videos, related to the attack and stated that it was an offence to do so.

Mosques around the country have received advice from police about staying safe and have been told to stay closed.

Ardern said the threat level remains at high and as such triggers increased aviation and border security.