In Gangsters in Paradise – Deportees of Tonga, Vice embeds with four Tongan nationals who have been sent back to where they were born after serving prison time in New Zealand and the United States. Video: Vice Zealandia

“It’s like crabs being stuck in a bucket scratching each other to get out.”

Those are two views about the crisis facing Tonga as countries like the United States, Australia and New Zealand deport criminals to the kingdom.

The first comes from a deportee who talks about how it feels being sent back to struggle for a living in a country with which he and other former prisoners are often barely familiar.

The other is from Tonga’s former Commissioner of Prisons, who wants Western countries to take more responsibility for the people they deport and stop treating Tonga – along with Samoa and Fiji – as dumping grounds for people they regard as “rubbish”.

They are, he reminds us, human beings.

The two views come from a hard-hitting documentary, Gangsters in Paradise – The Deportees of Tonga. A regular contributor to Kaniva Tonga news, photographer Todd Henry, acted as associate producer for the Vice Zealandia documentary. 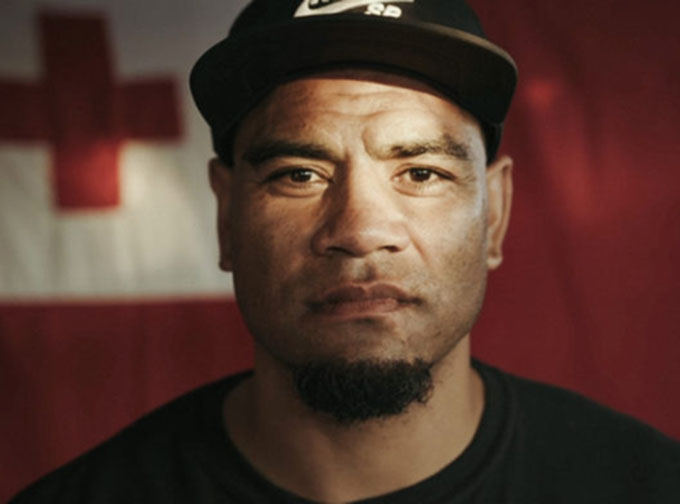 Talia’uli Prescott … permanently banned from NZ – “I loved being a bad guy, but now I want to be a good guy,” Image: Vice/Kaniva News

Statistics show that the United States deported 700 criminals to Tonga between 1992 and January 2016, an average of 29 criminals a year. However, police figures show that up to 40 percent of the criminals deported to Tonga have come from New Zealand.

Most of the deportees are men between 25-35 years and have usually done time for assault, robbery, burglary, theft and drug offences.

20 years absences
Most have lived outside Tonga for 20 years.

Last year former Deputy Prime Minister Siaosi Sovaleni said about 400 Tongans had been deported from the US, Australia and New Zealand since 2012.

More than half had partners or children living overseas.

Gangsters in Paradise is not comfortable viewing. It begins with an interview with a deportee who admits to having been jailed when he was barely out of childhood for shooting another boy four times in the stomach.

Violence played a big part in his upbringing, as it did in the lives of other deportees. For others, migration and re-migration provided a disturbed and unstable childhood.

Talia’uli Prescott talks about joining the King Cobras in New Zealand. They were aiga he tells the camera, explaining that it is a Samoan word for family.

“When you don’t have a family, they give you one,” he explains.

“That’s the only world I know,” he says.

By good fortune he has a job at Queen Salote wharf and says that he doesn’t want his legacy to be as somebody who was deported to Tonga.

Other deportees have had a harder time fitting in.

As American deportee Sione Ngaue says: “We’re judged before they even get to know us. We have a red ‘X’ against us.”

Family land
Some deportees, like Ngaue, have staked a claim to family land. He works 6 hectares after a dispute with his uncles.

While some of the interviewees regard their time in prison as a chance to rethink their lives and gain a different perspective, others have brought nothing but trouble to Tonga.

Tonga is in the midst of a methamphetamine crisis and some deportees have gone back into the drugs trade.

One scene in the film shows a dealer preparing methamphetamine for sale, boasting that he can make TP$5000 (NZ$3200) from his Sunday night trading.

And sympathetic as he might be to their plight, Prisons Commissioner Sione Falemanu says deportees have brought more crime to the kingdom and sparked a wave of robberies.

With the Tongan diaspora spread between Sydney and Salt Lake City, this issue is clearly not going to go away. After a public screening of the documentary in Auckland last week, members of the audience who spoke during a talanoa, were sympathetic, but others warned that the deporting countries would also have to take note of what was happening.

“In all honesty, this is an ongoing issue, and believe it or not, it won’t be resolved in the near future. We’re going to have a lot of deportees. And to be honest, we need to start removing the [negative] perception around deportees,” one audience member said.

However, another warned: “If New Zealand does not actually pay attention to what we are seeing, it’s going to backfire on New Zealand. We’re already seeing it.”

Dr Philip Cass is an editorial adviser for Kaniva Tonga.