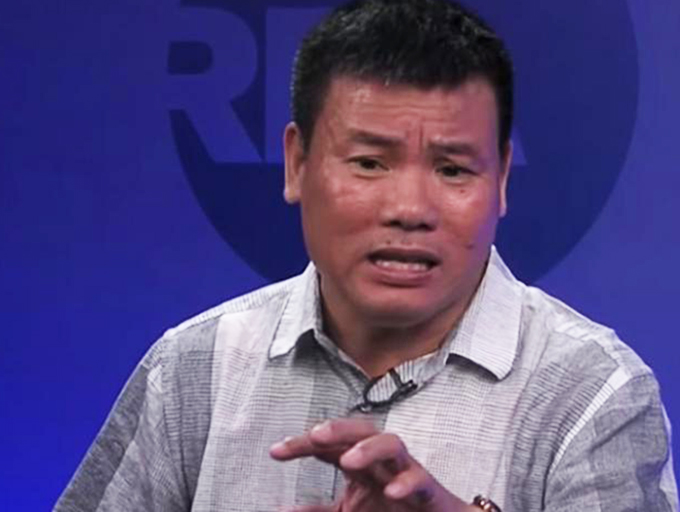 Truong Duy Nhat’s disappearance is all the more disturbing because he is widely respected as a blogger. Image: RSF/Youtube).

Reporters Without Borders (RSF) has called on the Thai authorities to shed all possible light on the disappearance of Truong Duy Nhat, a famous Vietnamese blogger who went missing in Bangkok last month, one day after going to the local office of the UN High Commissioner for Refugees to apply for refugee status.

RSF is concerned that Vietnamese agents may have kidnapped Truong Duy Nhat on January 26 , who is from the city of Danang, in central Vietnam. The Thai police say they are not holding him.

More than ten days have gone by since anyone heard from him, RSF reports.

Other Vietnamese bloggers who have applied for refugee status in Bangkok say they think he was abducted while in a shopping mall in suburban Bangkok, according to Radio Free Asia, one of the media outlets for which Nhat works.

“If the Thai authorities prove not to have been involved, this would mean that Vietnamese agents are no longer bothered by international law and violate a partner country’s sovereignty in order to pursue their critics. This sends an absolutely terrifying message to the community of Vietnamese bloggers who have sought refuge in Bangkok.”

Network of sources
Nhat’s disappearance is all the more disturbing because he is widely respected as a blogger, even within certain circles of the ruling Communist Party in Hanoi.

Bui Thanh Hieu, a blogger who has found asylum in Germany, wrote on Facebook that he suspected that Prime Minister Nguyen Xuan Phuc may have ordered Nhat’s abduction.

Quang Nam province adjoins Danang, Nhat’s home town, where the blogger has many sources to help him with his investigative reporting.

Place of refuge
Nhat used to work for state media outlets, including Danang police newspapers, until 2010, when he launched his own blog, Mot Goc Nhin Khac (Another Viewpoint), in order to be able to report and write with complete freedom.

He was arrested in 2013 and sentenced to two years in prison for “abusing democratic freedoms” in his blog posts. RSF included him in its list of 100 “information heroes” in 2014.

In the course of the Vietnamese government’s two-year-old crackdown on citizen-journalists, many of them have found refuge in Bangkok.

Vietnam is ranked 175th out of 180 countries in RSF’s 2018 World Press Freedom Index, the lowest ranking in Southeast Asia. Thailand is ranked 140th.