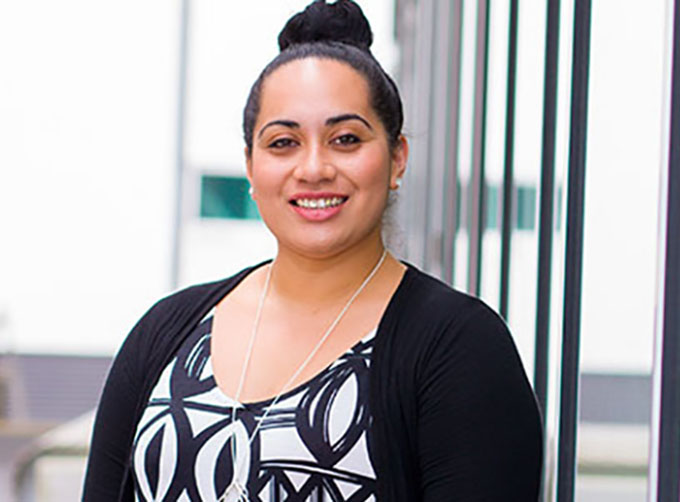 Hand over heart, speaking life into your goals and dreams can see them come true.

After sitting in my first ever lecture at university, I knew that I wanted to be the one on the other side of the lectern. Week after week for three years in my undergraduate studies, I failed to see any Māori or Pasifika educators on the stage.

It was during those years that I set out the goal to be a university lecturer to inject some diversity into that space. Six years on, you can find me in front of the lecture stage and classroom, doing just that.

After completing a Bachelor of Communications Studies and honours degree, I began studying a Masters focusing on emotional labour. In other words, I call it ‘mastering the art of wearing different masks.’

As I was studying, I began teaching on undergraduate papers, the very same ones I had taken a few years back. It was such a surreal moment, to be lecturing alongside the same educators that once taught me. And it still is.

I then began studying a PhD called (De)constructing Tongan Creativity: A talanoa about walking in two worlds, which was recently awarded. The topic came to me after noticing a lack of scholarship around creativity in Tongan culture while I was teaching.

I wanted to show all sides of the story, particularly from a Tongan perspective. I therefore wanted to explore what creativity meant for Tongan people, specifically Tongan youth in New Zealand, and that’s exactly what I did.

Identity crisis
Creativity is seen as a concept that can be seen as a threat to the Tongan culture. For example, for Tongans who are born in New Zealand, there can be an identity crisis in how to express one’s Tonganness in a Western world.

I found there is a lack of awareness of how much creativity and studying creative subjects at a higher level can better Tongan people.

My passion of exploring the notion of creativity at a deeper level is also put into practice in my teaching approaches, by way of allowing students to share their creative outlooks, voices and perspectives on any given topic that is discussed in a safe space. At the same time, to back up my talk, I walked the walk by studying my Graduate Diploma in Tertiary Teaching.

As well as lecturing full time, I am also a part time real estate salesperson. I use my skills to help educate and shed light on the complicated terminology and processes in this industry that often exploits people. How did I get to where I am today?

As a Christian, my faith has helped me power through achieving goals. Supportive family and friends, commitment and taking up incredible opportunities at institutions such as AUT has also played a huge part in my journey.

My ultimate goal as a teacher is to nurture belief in students to dream big and to achieve big. The classroom is my space to encourage students to be the best versions of themselves, because “Hand over heart, speaking life into your goals and dreams can see them come true.”

From ‘America first’ to ‘America together’: who is Antony Blinken, Biden’s pick for secretary of state?

From ‘America first’ to ‘America together’: who is Antony Blinken, Biden’s...

New research suggests immunity to COVID is better than we first...

Think taxing electric vehicle use is a backward step? Here’s why...

Data from 45 countries show containing COVID vs saving the economy...