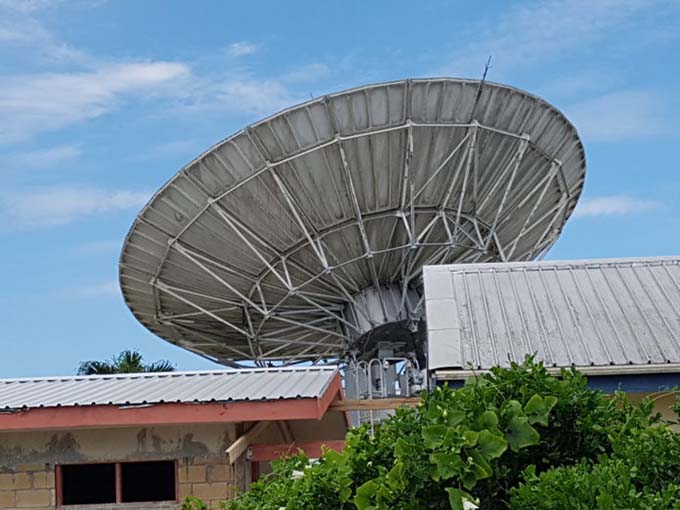 By Philip Cass and Kalino Latu

Tonga’s abrupt communications blackout may last up to two weeks before the fibre optic submarine cable restores the internet and mobile connection with the world.

Tonga Cable Director Paula Piveni Piukala told Kaniva News repairs could be done in two weeks – but another manager hinted that it may take longer.

As Kaniva News reported earlier, the kingdom’s only internet and mobile phone providers, Digicel and Tonga Communications Corporation, were cut off about 8.30pm on Sunday in an “out of their control” situation.

Tonga currently had no other internet or mobile phone cable connection to the outside world.

It has been confirmed that the undersea cable has been cut.

Tonga Cable has a marine maintenance contract with TE Subcom.

The cable ship Reliance is docked in Apia and can reach Tonga in two or three days.

Tonga Cable CEO Edwin Liava’a said restoration could be completed within one or two weeks.

Worst case
At worst, it could take two to three weeks.

“Kacific’s satellite service ensures that essential services can be maintained as we work to resolve the issue,” Piukala said.

Liava’a previously said people experiencing slow connections should understand this was a matter for TCC or Digicel.

He said Tonga Cable Ltd functioned only as a wholesaler of capacity.

Authorities said the outage was ongoing and no time frame was available for restoration of Tonga Cable’s service.

The president of Tonga Chamber of Commerce Paul Chapman said on Facebook: “Tonga Cable was working hard to rectify the issues, out of their control, with the cable.”

He said TCL and TCC were trying to connect domestic fibre and increase satellite brand width as an option.

“End of the day, all teams working on a solution, for a problem that was out of their control, but hope to have something in place.

“Meanwhile we still have internet at sites for #PTH #DatelineTransam via #EziNet (Tonga’s Satellite connection via Kacific)” he said.

Zdnet said the subsea cable providing Tonga with broadband, the Tonga Cable, has been out since 20:30 local time on Sunday night, with the nation relying on satellite internet instead.

“Provided by Kacific, the nation’s digital connection to the outside world is now a Ku-band satellite accessed through local ISP Ezinet.”

Kalino Latu is editor of Kaniva News and Philip Cass is an editorial adviser. Kaniva News is shared with Asia Pacific Report by arrangement.