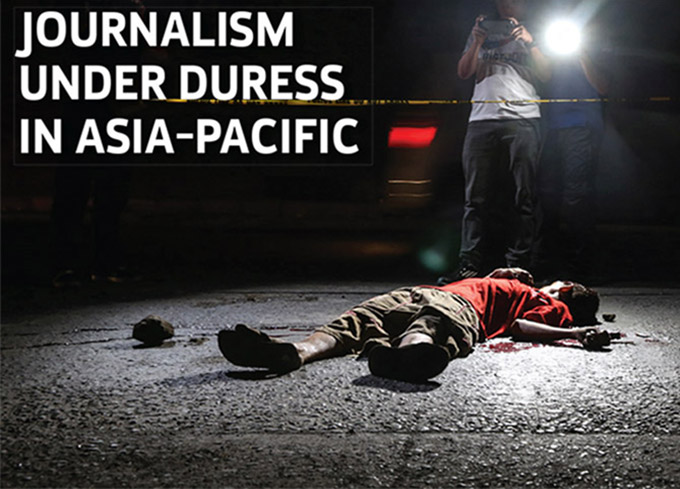 The statistics globally are chilling. And the Asia-Pacific region bears the brunt of the killing of journalists with impunity disproportionately.

Revelations in research published in the latest edition of Pacific Journalism Review on the trauma experienced by television journalists in the Philippines covering President Rodrigo Duterte’s so-called ‘war on drugs’ are deeply disturbing.

More than 12,000 people have reportedly been killed – according to Amnesty International, although estimates are unverified – in the presidential-inspired purge. 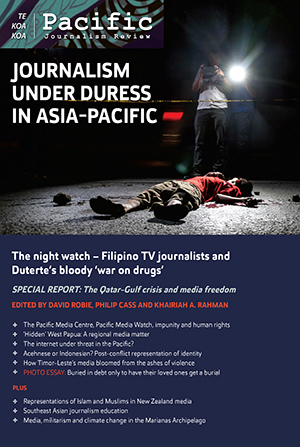 According to UNESCO, about 1,010 journalists globally have been “killed for reporting the news and bringing information to the public” in the 12 years until 2017 – or on average, one death every four days.

Many argue that the Philippines, with one of the worst death tolls of journalists in the past decade, is a prime example of the crisis.

Journalists covering the “graveyard shift” were the first recorders of violence and brutality under Duterte’s anti-illegal drugs campaign.

The first phase in 2016, called Oplan Tokhang, was executed ruthlessly and relentlessly.

The Tagalog phase in English means “to knock and plead” and was supposed to be bloodless – a far cry from the reality.

He reflects on the impact of Duterte’s onslaught on the poor in his country.

Compared to the Philippines and other Asian countries – such as Cambodia, Indonesia and Myanmar – media freedom issues in the Pacific micro states and neighbouring Australia and New Zealand may appear relatively benign – and certainly not life threatening.

The “Journalism Under Duress in Asia-Pacific” seminar examined media freedom and human rights in the Philippines and in Indonesia’s Papua region – known as West Papua.

Papers from this seminar and 14 other contributing researchers from seven countries on topics ranging from the threats to the internet, post-conflict identity, Pacific media freedom and journalist safety are featured in this edition of PJR.

Unthemed paper topics include representations of Muslims in New Zealand, ASEAN development journalism, US militarism in Micronesia and the reporting of illegal rhino poaching for the Vietnamese market.

The issue has been edited by Professor David Robie, director of the PMC, Khairiah A. Rahman of AUT, and Dr Philip Cass of Unitec. The designer was Del Abcede.