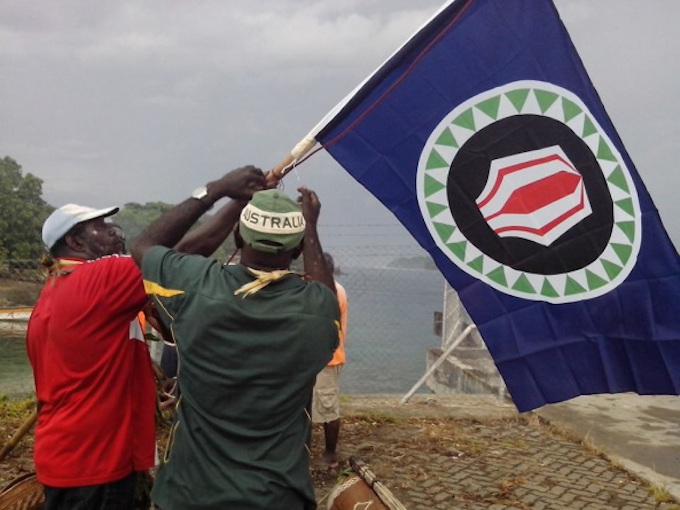 The Bougainville flag … a critical year for the referendum on independence next year. Image: Bougainville News

The Bougainville President, John Momis, says he has been assured by Papua New Guinea’s Prime Minister, Peter O’Neill, that the absence of a vital grant from the 2019 Budget was an “administrative error”.

PNG’s budget, announced last week, makes no mention of the Restoration and Development Grant which is constitutionally guaranteed under the Bougainville Peace Agreement.

Momis said Bougainville relied on this grant for essential projects and a failure by the national government to pay it would reflect badly on both Port Moresby and Bougainville.

The budget did feature a cut to recurrent funding for the Autonomous Bougainville Government.

Next year, 2019, will be a critical year with a referendum on Bougainville’s long term political future scheduled to take place in June, Momis said.

The PNG and Bougainville governments must ensure that together they provide the funding and support needed to allow the vote to take place and for the important work of peace building to continue, he said.

O’Neill has promised to rectify the issues.