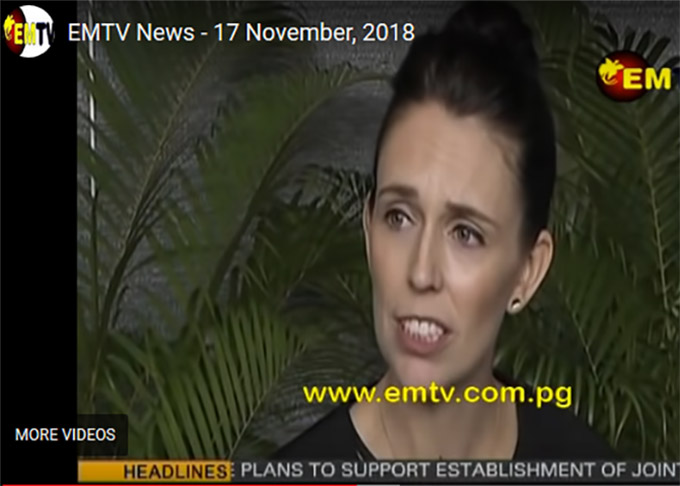 NZ Prime Minister Jacinda Ardern as she appeared on the “negative” EMTV News during APEC – she refused to ride in a Maserati luxury sedan and criticised the funding. Image: PMC screenshot from EMTV News

The Media Council of PNG has called on the board and management of Media Niugini
Limited to allow senior EMTV journalist Scott Waide to return to active duty.

In the story, visiting NZ Prime Minister Jacinda Ardern is featured saying that none of the NZ$15 million in aid money went towards buying the Maseratis and she would not travel in one in one of the cars.

“I will not and I have been advised that I will be travelling in a Toyota Highlander, I believe,” she added at the time. 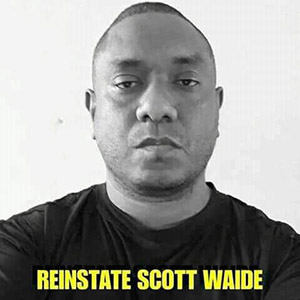 The news item on November 17 was considered “negative” by the EMTV state ownership – MNL board, the Kumul Telikom Holdings board and the Kumul Consolidated Holdings board.

“The Media Council (MCPNG) sees this as a clear case of ignorance on the part of the chairmen and members of these boards, about the business of reporting the news,” the council said in a statement.

“The media in PNG is in the business of reporting the truth. Regardless of whatever form
it may take.

“It is clear that the owners of EMTV, do not appreciate the strength and commitment of
its news team, to tell the truth.

“EMTV News has been at the forefront of setting new ways of covering and reporting
the news, that is now international standard.

“Mr Waide and the EMTV News team has been leading this change. It is a step backward for democracy, and development in the The MCPNG maintains that the job of portraying a positive image of the country rests solely with the government of the day.

“The media is not responsible for this aspect of a country’s well-being. Its sole responsibility is to the people, and not to government, regardless of whether it owns some, or all of any media company’s shareholding.

“The media must not bend to the whims of insecure politicians, and spineless ‘yes-men’ who flaunt their authority, with impunity, and against all moral and ethical judgement.

“We in the media are in the business of reporting the truth. Journalists should not be looking over their shoulders, every time they work on a sensitive story, just because it may not paint the government of the day, in a good light.”

Third time’s the charm for Joe Biden: now he has an election to win and a country to save

If you took to growing veggies in the coronavirus pandemic, then keep it up when lockdown ends

P is for Pandemic: kids’ books about coronavirus