By Koroi Tadulala in Suva

The role of women in every segment of society is vital and this is slowly been reflected through more women contesting political spaces in Fiji.

The new 51-seat Parliament includes 10 women, five in government and five in the opposition.

READ MORE: 2018 Fiji elections – the ‘fake news’ catchphrase of this ballot but beware

The highest polling woman, SODELPA’s Lynda Tabuya – a talented lawyer and former beauty queen described by media as a “breath of fresh air”, being the fifth highest of the successful MPs.

Speaker of Parliament Dr Jiko Luveni says this the success of women is “wonderful news” and she is expected to continue as Speaker.

A total of 56 women from all 6 political parties contested this year hoping to represent women and their issues in political debate.

Amelia Qalituraga, 40, of Banaras Lautoka, is delighted that more women stood for election despite politics being a male-dominated field in this country.

Grassroots support
While casting her vote last Wednesday, she expressed hope that women in Parliament would be able to help out women at grassroots level, especially over the minimum wage rate.

“Working as a cleaner at the rate of $2.70 an hour hasn’t been any easy for me and my family,” she says.

With the rise in sexual assault and rape cases victimising women, Qalituraga hopes that women in Parliament will be able to make a change.

Krishneel Vikash Chand, a 21-year-old student at the University of Fiji, says “only a woman will be able to understand the needs of other women and their issues”.

“I think it’s good to have more women in politics because it gives women more empowerment,” he adds.

Despite the positive response from most people about women competing in political spaces,  some prefer men to address their issues rather than women. 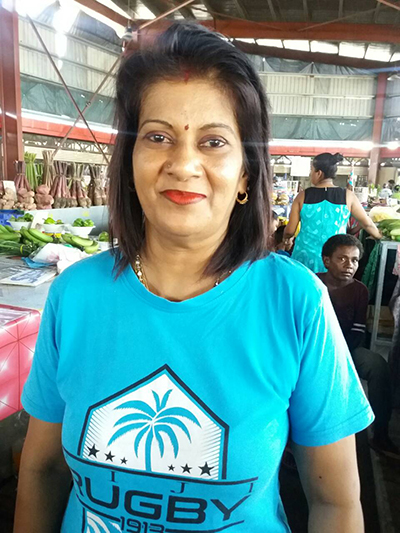 “I think it’s good that more women are participating in political spaces, however, I want men to solve women’s issues because sometimes women don’t think nicely.”

Despite the mixed responses from people around Lautoka, it is clear women at the grassroots level want their voices heard and issues to be addressed.

Koroi Tadulala is a final-year student journalist at the University of the South Pacific. This article is republished under the content sharing arrangement between USP’s Wansolwara student journalism newspaper and AUT’s Pacific Media Centre.