A look at the lives of Pacific islanders who choose to ignore or struggle to embrace their heritage. Video: Plastic Polynesia trailer

Two final-year communication studies students at Auckland University of Technology decided for their end-of-year project to film a mini documentary about what it means to be a “plastic” islander.

The television majors Elijah Fa’afiu and Jamey Bailey brought it all to life to create Plastic Polynesia.

The nickname “plastic” refers to a person who is out of touch with their culture and perhaps cannot understand or speak their language.

The film looks at the lives of Pacific Islanders who choose to ignore or struggle to embrace their heritage and follows a student learning Samoan for the first time.

Fa’afiu says he was passionate to pursue this concept because he can relate to being “plastic”. 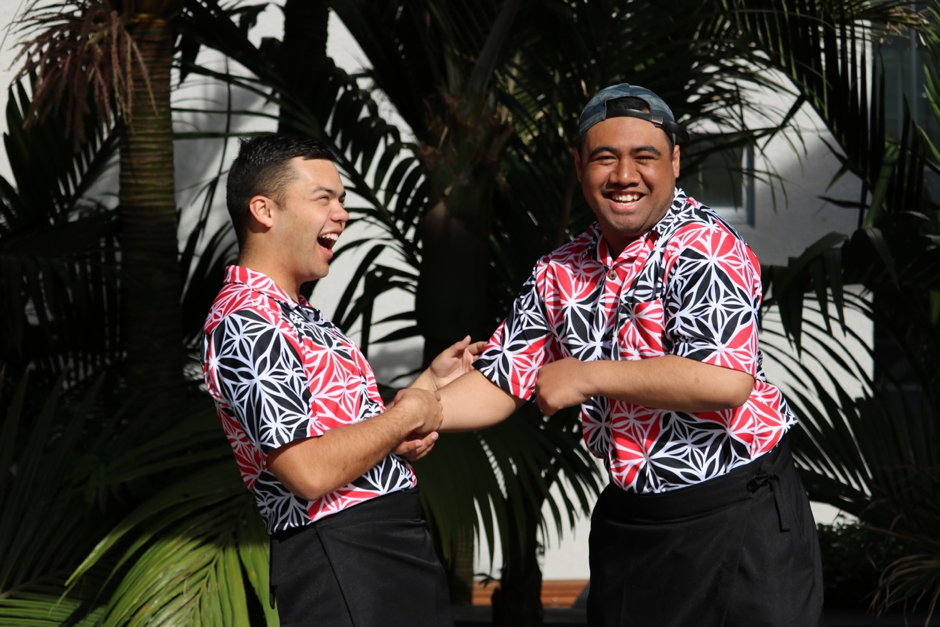 Plastic identity
“I identify with the term ‘plastic’ and it turns out that I’m not the only one who does,” he says.

“I wanted to explain this word and how it differentiates Pacific Islanders from each other.”

He says that over the years he has not been in touch with his Samoan and Māori heritage, and this is the case for a lot of Kiwis.

Alongside Fa’afiu was producer Bailey, who was in a similar boat to him when it comes to being connected to his culture.

“I label myself as ‘plastic’ because it’s an easy scapegoat.

“I don’t speak the language, I don’t do church, I don’t do all the things I’m supposed to do.”

He says that this film was an opportunity to challenge and explore what exactly “we are meant to do”.

Part of the documentary follows university student Rashad Stanley as he undertakes the journey to learning the Samoan language.

Not knowing
This was important to Fa’afiu as he says he can relate to the experience of not knowing such a big part of his culture.

“Being born in New Zealand, my parents did take me to church and speak Samoan to me, but I never really absorbed the language.”

Plastic Polynesia also touches on the idea of how Pacific Islanders are stereotyped.

Bailey says he strongly believes this generation is the one that’s working hard to break the misconceptions surrounding all types of people.

“Growing up, the common stereotypes are that we’re only at school for the sports and music, and mainstream media has been a big part of the way Pacific Islanders are perceived.

“With Plastic Polynesia, we’re trying to break those stereotypes and show that there are Polynesians out there who are different.”

The film also includes an interview with Hibiscus and Ruthless’ Nafanuatele Lafitaga Mafaufau Peter as well as many students.

Bailey says the message is key and he hopes the audience will catch on to the importance behind the story they share.

“In terms of face value, a lot of people just see brown skin and we want to tell that stories don’t get heard.

“Our goal by the end of this is to bring awareness that we can’t get grouping people, we’re all individual.”