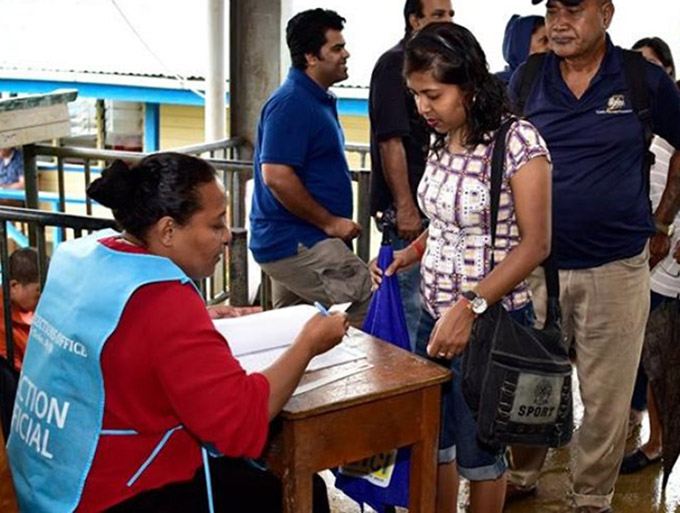 Prime Minister Voreqe Bainimarama has maintained a strong lead early today in Fiji’s general election, polling 140,631 votes from 1552 of 2170 stations being counted at the National Results Centre in Suva.

In a surprising twist, Lynda Tabuya has climbed a few votes up, sitting on 7197 votes so far followed by Alipate Nagata with 5270 and Ro Teimumu Kepa with 4699 votes.

The provisional results by candidates were released via the Fijian Elections Office FEO App, which is compatible with smartphones and can be downloaded from Google Play and Apple Store.

In terms of provisional results by party from the 1552 stations counted so far, FijiFirst Party is still in the lead with 190,233 votes (51.79 percent). Other results out of the FEO App as of 5.50am today include:

The announcement of provisional results will end at 7am but counting will continue until the final results are tallied and released from the National Results Centre at the FMF Gymnasium in Suva. 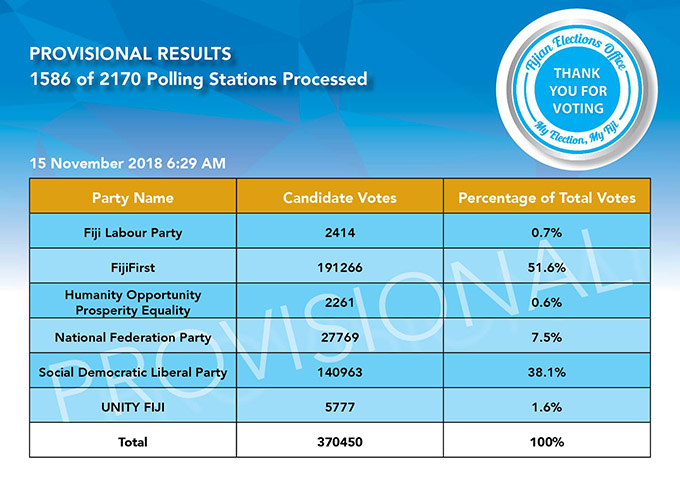 Provisional progress results in the Fiji general election at 6.20am today. Source: FEO