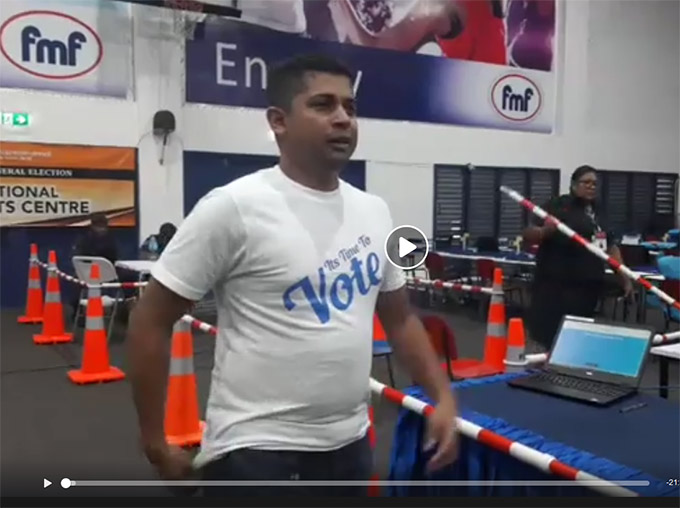 The Fiji Elections Office (FEO) has entered a new phase towards the results of the 2018 elections by stopping the release of progressive results this morning.

With the targeted 70 percent of the vote counted, the final data entry can now be input with the final results to be released once that has been completed, Supervisor of Elections Mohammed Saneem said.

“So, the provisional results that we have been announcing all night are actual results from those polling places and we are stopping that this morning, because we have received up to 70 percent of the results and voters are now able to understand the dynamic of the results of the election.”

Fiji’s Supervisor of Elections Mohammed Saneem announcing final provisional results at the close of counting today after 70 percent of the vote had been completed. Image: Sri Krishnamurthi FEO screenshot

The FEO were yet to receive the results from 224 polling stations while 1586 were counted by 7am this morning.

Saneem said there were valid reasons for not receiving phone calls with the results.

Materials packed
“The other thing is some presiding officers have directly packed their materials, so they did not call, that does not matter because we have reached our target of more than 70 percent for provisionals,” Saneem said. 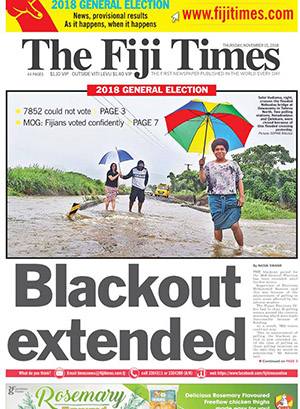 “We still have to receive pre-poll counting data which is about 360 or so polling station that are yet to be counted in pre-poll and the 224 that are have not sent us the provisional data.”

The final results will be used to allocate seats for the new Parliament.

Other parties have not reached the threshold of 5 percent to win seats.