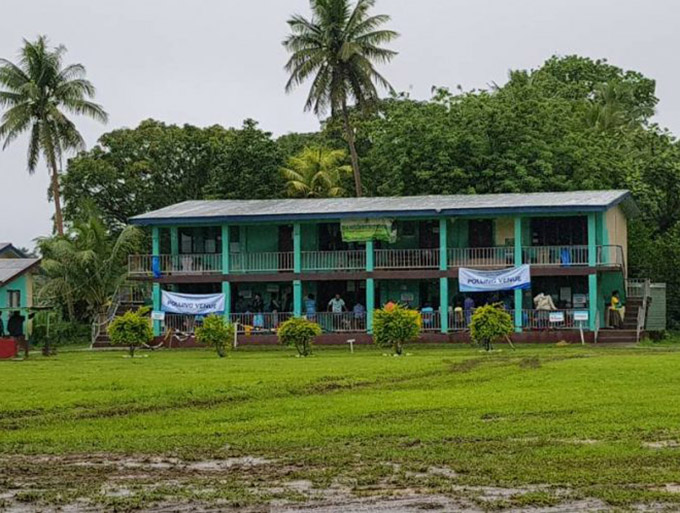 Fiji voters turning up in the rain to cast their votes at Nabitu District School in Tailevu on Viti Levu today. Image: Mereoni Mili/Wansolwara

A total of 7852 voters at more than 20 polling stations will cast their votes at a later date after the Electoral Commission – in consultation with the Fijian Elections Office – today closed 23 polling venues effective immediately as a result of bad weather.

In a statement, Supervisor of Elections Mohammed Saneem said the FEO received information from presiding officers hat there were some polling stations and venues no longer accessible for voters.

“The FEO tried to wait it out a little to see if the rain would stop and waters would recede but it appears that the waters are rising as I speak, and it has therefore become necessary for me as the Supervisor of Elections to consider adjourning polling at these locations,” he said.

He said the decision was made in accordance with Section 47(2) and consultation with the Electoral Commission under Section 47(3).

Saneem said polling at those locations would commence at a later date, which was feasible for polling.

This would be announced by the Electoral Commission in consultation with the FEO. 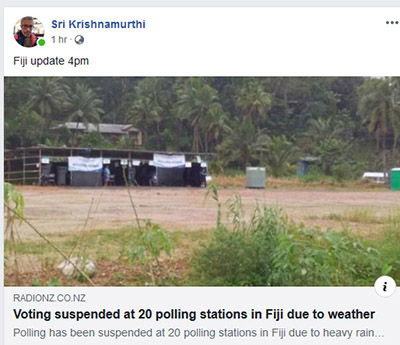 “From now until the close of polling, we may have a few more polling stations that will require adjournment because the accessibility levels are reducing and we will be convening media conferences to announce this.”

This article is republished under the content sharing arrangement between the Wansolwara student journalism newspaper of the University of the South Pacific and AUT’s Pacific Media Centre.