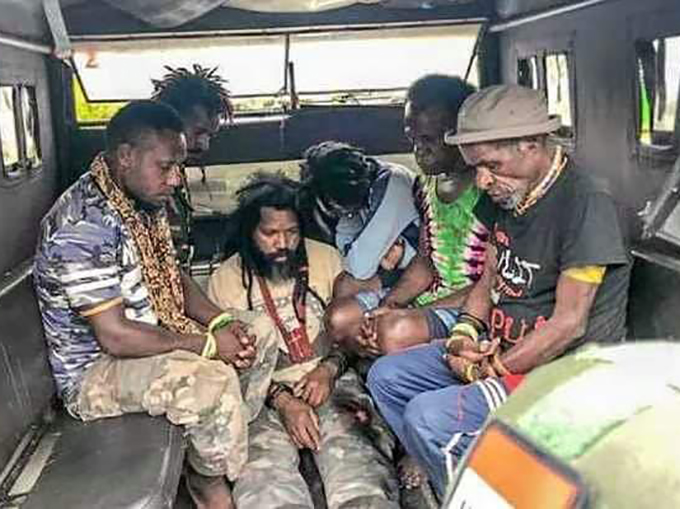 Students from several tertiary institutions in the Papuan provincial capital of Jayapura have been holding actions to support efforts by Vanuatu and other Pacific countries to take the West Papua issue before the 72rd Session of the UN General Assembly this week.

Protest actions organised by the United Liberation Movement for West Papua (ULMWP) on Monday ended with students being assaulted and arrested by police.

Dogopia said Kosamah was assaulted when police broke up a free speech forum held by students on campus grounds. 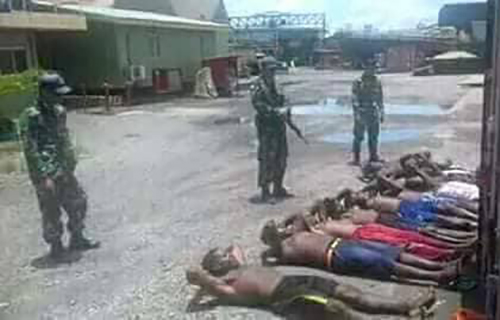 “Police broke up the forum but students resisted. Police forcibly dragged demonstrators into a crowd control [Dalmas] truck. It was then that he was assaulted,” said Dogopia

Dogopia said that all the students involved in the free speech forum were taken to the Jayapura municipal police station. There they joined protesters who had been arrested earlier at an Expo gathering point in front of the regional post office in Abepura.

‘Secured’ the protesters
Papua police chief Inspector General Martuani Sormin, however, denied that police officers assaulted demonstrators, saying they just “secured” the protesters in order to bring them in for questioning.

“None of our officers behaved violently towards protesters, they only questioned them and tonight they’ll be returned [home]”, said Sormin on Monday evening.

According to Sormin, the protesters failed to inform police beforehand about the demonstration.

“We don’t require [protests] to have a permit, but there was no notification”, he said.

Senior human rights lawyer Gustav Kawer said that arresting protesters on the ground that there was no prior notification is invalid.

Law Number 9/1998 on freedom of expression does not stipulate that police have the authority to reject a notification of a demonstration.

“The police do this repeatedly. There is no [stipulation] in the law stating that police can reject [a notification]”, he explained.

Escort needed
Kawer said that police are only authorised to issue a document stating they have received the notification. They are then obliged to facilitate the protest until the demonstrations have conveyed their aspirations.

“The proper way is for police to escort them until the demonstrators have achieved their goal,” he said.

Kawer added that he was shocked at how police violated laws which guaranteed freedom of expression.

Police instead see it as an issue of law enforcement.

According to Kawer, police were not actually aware that actions which they saw as enforcing the law harmed Indonesia. Indonesia becomes the focus of world attention on freedom of expression.

“This approach attracts world attention. The international community questions how far Indonesia is open to free expression,” he said. Because of this, in future police must adhere to regulations, not interpret legislation.

The following is a chronology of the arrests which took place at three protest gathering points:

1. Expo Taxi Roundabout, Waena: At 8.30am local time, protesters arrived at the gathering point. Meanwhile, police were already on alert.

At 9.22 the protesters began giving speeches. Police then approached the demonstrators and negotiated with them. The negotiations ended with the arrest of demonstrators. The protesters were ordered into a Dalmas truck and taken to the Jayapura municipal police station.

2. Jayapura Science and Technology University (USTJ) campus: At 10.30am local time. students had gathered on campus grounds and were giving speeches.

At 11.45am, police entered the USTJ campus grounds and forcibly broke up the free speech action. But the students refused to disband and in the end police acted violently and the students were arrested and dragged into to Dalmas truck and taken to the Jayapura municipal police station.

At 11.20am local time the protesters arrived at the post office and began giving speeches. At 11.30 police approached the demonstrators and closed down the free speech forum.

The following are the names of those arrested who based at the mobilisation points:

Translated by James Balowski for the Indoleft News Service. The original title of the article was ” Demo ULMWP; 67 mahasiswa ditangkap, satu dipukul polisi“. Benny Mawel is a journalist with Tabloid Jubi which has a content sharing arrangement with the Pacific Media Centre.