Pacific Islanders across the Pacific and within Pacific Island diaspora communities in Australia, New Zealand and the United States are joining more than 800 actions in 90 countries under the banner of Rise for Climate to demonstrate the urgency of the climate crisis.

From the September 8-10, these Pacific communities will shine a spotlight on the increasing impacts they are experiencing and demand stronger action to keep fossil fuels in the ground, reports the advocacy group 350 Pacific.

As part of these global mobilisations, the Pacific is leading the charge with creative events and actions that call for a swift and just transition to 100 percent renewable energy for all.

Globally, people are rising to support urgent action before 2020 to accelerate to the rapid phase out of fossil fuels and a just transition to clean and fair energy systems for all.

“There is no time to lose. Climate change is a threat that is already here and now in the Pacific: inundation by sea level rise, the strongest cyclones ever recorded in the Southern Hemisphere, massive flooding, and droughts are some of the recent impacts of climate change being felt across the region,” says 350 Pacific.

Already this year the world has experienced:

This weekend’s Rise for Climate will demonstrate the growing strength and diversity of the climate movement and the people who will not wait for governments to act, but will lead by example and hold them to account.

Climate change affects the whole of the Pacific, including West Papua. 350 Pacific says:

“On top of dealing with the Indonesian occupation, our brothers and sisters in West Papua are also living with the impacts of climate change.” 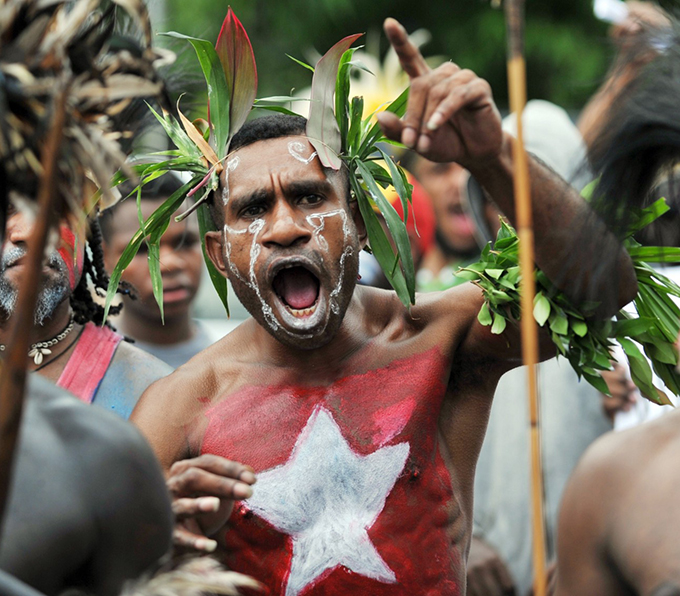 West Papua … a struggle over climate change and for human rights. Image: 350 Pacific

Fruit bats are the only bats that can’t (and never could) use echolocation. Now we’re closer to knowing why

Why do women get paid less than men? Hours and commuting provide clues