Things may be coming to a head over the coming New Caledonia referendum, the independence struggle in New Zealand’s own region, but there is only lukewarm interest in France itself, writes Lee Duffield. After reporting from Noumea last month for Asia Pacific Report, he has been walking the streets in France this week asking people about New Caledonia — and getting some blank stares.

Tourists who take over Paris in Summer were milling about, thinking of moving out this week and regular inhabitants commenced their mass “rentrée” – the big return from holidays elsewhere.

One of those, President Emmanuel Macron, came back from his Riviera holiday retreat to convene a cabinet meeting on Wednesday last week, where far away places would be far out of mind.

Politics at ‘home’, not in Noumea
All commentaries focused on the President’s chances of making a fresh start and recovery from the damage of a local political and security scandal, the “Benalla affair”.

New Caledonia: What next?

A head of the Presidential security detail, Alexandre Benalla, had been caught in police uniform assisting a SWAT team, whacking citizens in a demonstration.

Out of line and acting illegally, he’d been given a short suspension but it preoccupied French media well into July, until Macron declared himself responsible for the whole business and weathered a censure motion in parliament.

The French President had been, a few months earlier, receiving much friendlier treatment at the other end of the Earth, visiting Australia and the Pacific region, most notably his “pre-referendum” trip to New Caledonia.

That generated interest in the vote on New Caledonia’s independence set for November 4, with a spate of consultations among interested parties and assurances of goodwill from the Head of State.

While the parties have prioritised holding this vote in a peaceful setting, the process, as assessed by one commentator in Le Monde, “n’est pas anodin” — is not without pain. 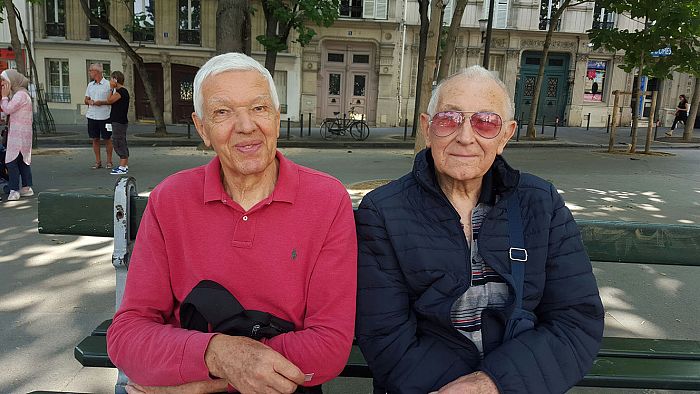 Voters in France, who will not be taking part in the New Caledonia referendum, comment on the future of the former colony.

Yet discord in the Pacific territory does not translate into anxiety within metropolitan France, where, so long as it is quiet “down there”, there is not much concern.

A scan of French media over July and August, concentrated on the main centre-left journal Le Monde and the right-wing Le Figaro, showed up a chain of other domestic and overseas interests dominating news – activities of Trump, especially his trade wars and now his legal crisis, astronomy (Mars brighter than Jupiter this month, water on Mars, other planets spotted), Africa (voting in Mali and Zimbabwe), climate change and plastic pollution, the migration story, international agreement on replenishing the Caspian sea, the pesticide RoundUp as a likely carcinogen, New Zealand (banning foreign real estate buys, banning single-use plastic bags), storms and floods in France, wild fires in California and Portugal – on and on, much to think about.

Reports on New Caledonia for each publication can be counted on, at most, two hands.

So do they give much of a damn what happens there?

Asking voters in Paris
A reporter straw poll this week in Paris and a few locations outside produced a clear impression that knowledge of New Caledonia among voters in France – who will not be participating in the territory’s referendum – was rather weak, although there was plenty of soft support for keeping it French. 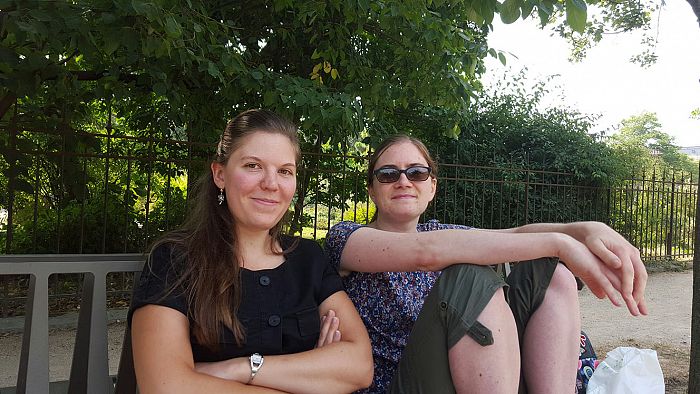 The questions and answers were:

Do you know New Caledonia, from having been there, reading about it or seeing it in media?

Generally, out of 30 French people consulted across a big range of ages and types, there was not much to report. At least six persons indicated sound knowledge of New Caledonia and its background, citing information from friends there or from news media, recalling the crises of the 1980s or showing familiarity with the Matignon negotiations that led to the referendum.

However, most were vague about the territory; even the location in the Pacific Ocean was unsure in several cases.

Would you agree if they voted for independence in November or be against that?

Nearly 20 of the 30 interviewees said “no” to independence, usually making a reservation that it was a “tendency”, not a strong idea. For reasons: It is good for the French to have a connection in the Pacific region, many French have invested or invested their lives in it and it seems to give prosperity to all people there. Most saying “yes” averred it was fair to have a referendum, correct for the voters to decide and they would readily accept the outcome. 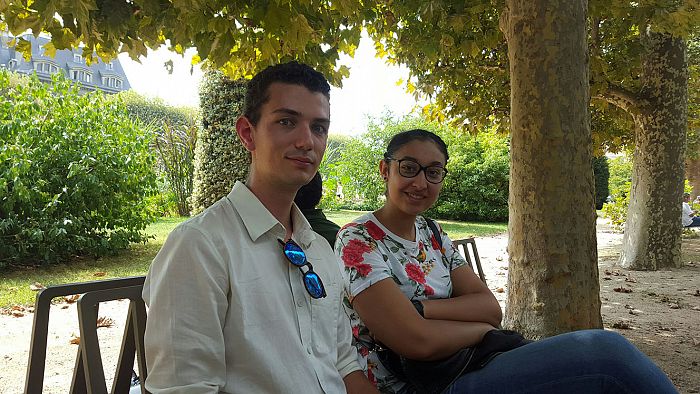 On a scale of seven, say whether New Caledonia is important to you as a French person, seven being very important, one being not at all.

“It must have strategic importance for the country so I support it.”

And a young woman contributed:

“My husband and I travel a lot; we would like to be able to travel there, as a part of France.”

A similar number gave a low importance rating in the range one to three.

A retired woman in a family group said:

“I don’t know that place and it is not my concern.”

One young man with children said:

“It is not of such great economic importance to France and I agree with the principle of independence.” 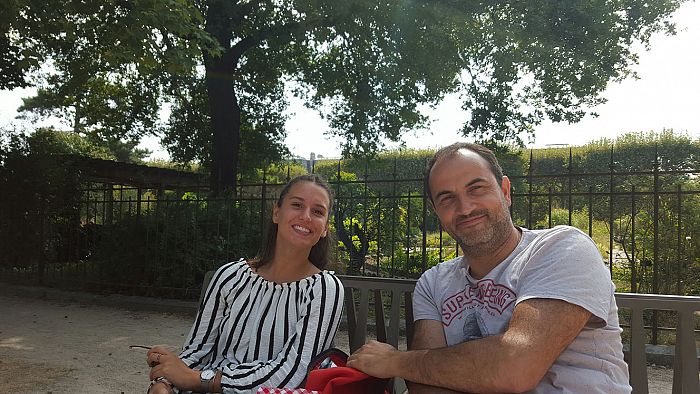 In a few cases, respondents volunteered concern for the indigenous Kanak population.

One of the “no” supporters said:

“Is independence what they want? Other countries have achieved their independence. Why not?”

“No full independence, but the Kanak people should keep their cultural independence and identity as they wish.”

Where one respondent, anti-independence, averred this “was not to be the old colonial way with subjugation of the local population and economic exploitation”, another was concerned about excess power acquired by nickel mining companies, “more powerful than the government whether independent or France”.

No respondents had been to New Caledonia. 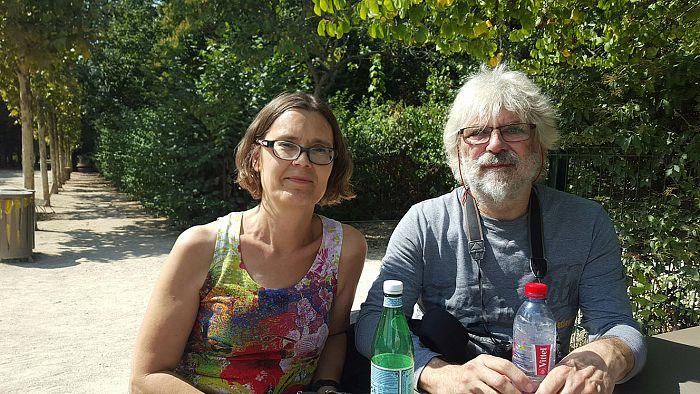 Calm about letting it go
Most might willingly agree to it remaining as a French territory, out of a mild patriotism and a goodwill feeling that being French probably protects the territory also. A good number, maybe a third, would be clear that it is a faraway place, not France, has a right to its independence and certainly would not warrant a foreign “war” to keep it. That bloc of opinion would overlap with strong and informed militant opinion in the political community, arguing for decolonisation and national independence. No violent, chauvinistic, neo-colonialist sentiment came up in this small survey.

The situation so described might give some comfort to the independentiste side in New Caledonia.

Should they actually win this time, they might expect a ready enough acceptance of their independence among a French public, not uniformly that well-informed but not hostile, not out to block it.

Should they lose, there will not be much sympathy among the French public either, with little room for appeal there.

Their participation in a peaceful routine of negotiation and progress in the direction of independence may have even harmed the cause by making everything seem quiet and not urgent.

Regrettable to say, the violence and near-insurrection of the 1980s commanded attention in Paris and got the changes happening. 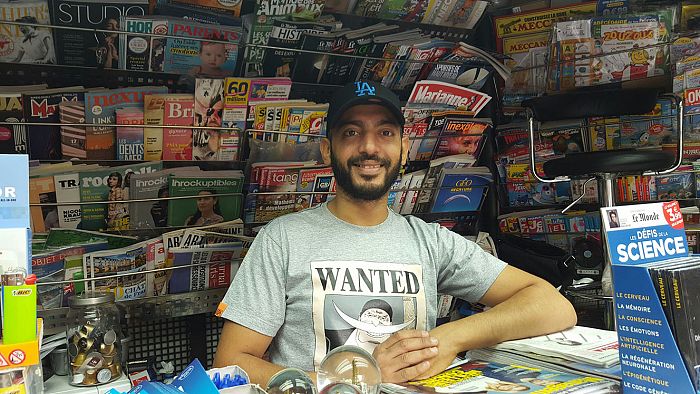 A voter in France.

The Kanak independence movement has been reproached from time to time, for not pushing hard enough in the propaganda wars.

Yet leaders of the movement insist they are not finished, the process must keep going towards independence and the prospect of repeat referendums, if “no” wins this year, gives them more time to act.

The French Prime Minister, Édouard Philippe, said in Noumea last December, the French state was being active in finding a solution and “an active state took up its responsibilities”.

In any event, there would be no going back to an old, former state set-up with irreversible outcomes.

New Caledonia would keep its high level of autonomy, innovation would not be blocked and the objective would be to construct a common destiny respecting the hopes of all. 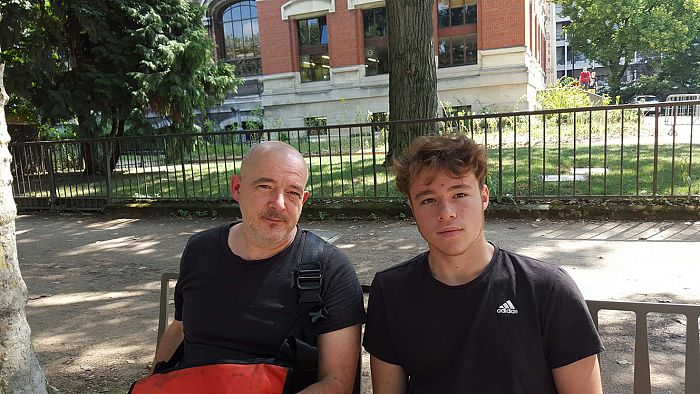 Dr Lee Duffield is a former ABC foreign correspondent, political journalist and academic. He is also a research associate of the Pacific Media Centre and on the editorial board of Pacific Journalism Review.

Lismore faced monster floods all but alone. We must get better at climate adaptation, and fast

GPs are abandoning bulk billing. What does this mean for affordable family medical care?