Norwegian citizen Jan Petter Hammervold, 74, makes a ship-recorded plea before being seized by Israeli forces. He was ship’s cook on board Al Awda (The Return), is a board member of Ship to Gaza Norway and author of the book Fiskerne I Gaza (Gaza Fishers), about the 2018 Freedom Flotilla. New Zealander Mike Treen was also on board and detained. Video: Gaza Freedom Flotilla Coalition

The international Freedom Flotilla was in a bid to deliver medical supplies to Palestinians in the coastal enclave.

“We have asked the Israeli authorities to clarify the circumstances around the seizure of the vessel and the legal basis for the intervention,” said a Norwegian Foreign Ministry spokesman.

READ MORE: Israel’s attack on the Gaza Flotilla – looking back a year later

“While this is certainly far more than the New Zealand government’s response (which appears to be nothing at all, since Kiwi Mike Treen was bashed and arrested in the same attack), the Freedom Flotilla’s Norwegian campaign is demanding their government takes a stand,” said the NZ humanitarian group Kia Ora Gaza. 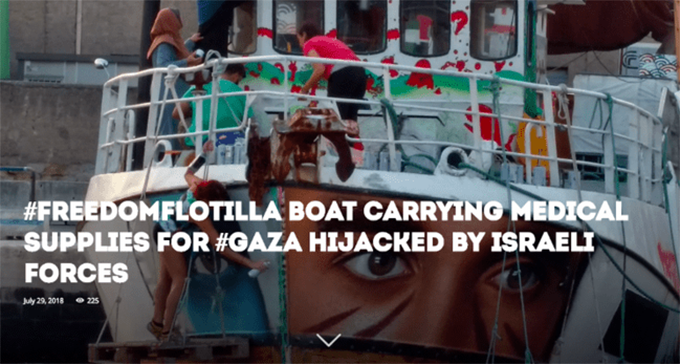 “When will Norway protest against hijacking and extensive violence against people on board?

“For more than a week, the Ministry of Foreign Affairs’ follow-up of the case has limited itself to asking Israeli authorities to ‘clarify the course of events’ and say why they ‘encroached on the vessel’.

“No indication of protest.

“Now Foreign Minister Ine Eriksen Søreide has continued this game. After talks with Prime Minister Benjamin Netanyahu she said that ‘we asked the Israeli authorities for an explanation of why the ship was captured, the course of events and the use of power’.

“Still no indication of protest.

“The Ministry of Foreign Affairs’ gathering of facts in the case limits itself to the embassy personnel’s talks with five Norwegian citizens in Israeli prison the day after the hijacking. After they were deported and able to speak freely, they have not been contacted by the MFA.

“There were people from 16 nations on board. Their version has not been obtained. The ship’s highly recognised doctor, who delivered a shocking report on Saturday, has not been contacted.

No legal basis for hijacking, violence
“However, in the talks with the five Norwegian citizens in prison, there were revealed more than enough [grounds] to justify a strong protest. The MFA knows that our action was non-violence based and that the ship had a load of desperately needed medical equipment.

“Independent of possible differences in view on international law, there is of course no legal basis for hijacking a ship in international waters by knocking out peaceful, non-violent people and using heavy violence against them.

“Nor is there any legal basis for stealing everything of valuables and clothing. From Mikkel Grüner, a member of Bergen City Council, the soldiers stole everything except for the ship’s Norwegian flag, which they had trampled on.

“The Foreign Minister obviously does not know that the soldiers have taken all the belongings of the people on board.

Lies and nonsense
“Israel has always lied about how they use military power. Every time they say that the operation has been done without violence, but we have documented through video footage that it is a lie.

“This time, violence was worse than ever [since the Israeli commando attack that killed 10 civilians on the Mavi Marmara-led flotilla in 2010] and Israel’s ambassador continues with the same nonsense.

“What Israel does in this case is of course just a pale shadow of what they do to the Palestinians, including daily attacks on the fishermen in Gaza. A pleasant chat with those responsible for violence, terror and mass murder will lead to nothing except for the game to continue.

“Since governments do nothing that may stop this, people with conscience and knowledge must do something. That is why we sailed to Gaza.

“The result is international effects that show that it is ordinary people’s action, pressure and protest that can eventually produce results.” 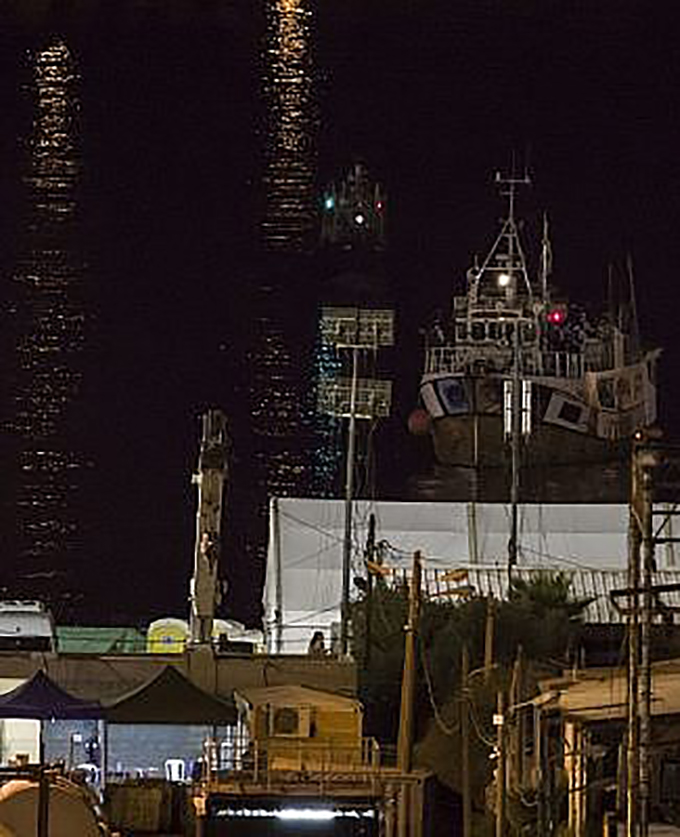 The “captive” ship Al Awda in the southern Israeli port of Ashdod. Image: Times of Israel

The COVID-19 lab-leak hypothesis is plausible because accidents happen. I should know