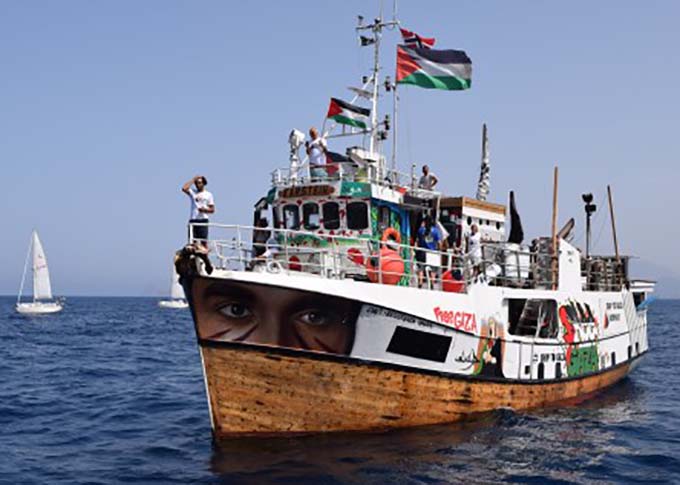 On their way … bound for Gaza. Image: Kia Ora Gaza

The four international Freedom Flotilla coalition boats have left Palermo in Sicily overnight in their bid to break the illegal Israeli blockade of Gaza.

A coalition statement said the boats that make up this year’s Freedom Flotilla are not only bringing much needed medical supplies with them, but the boats themselves will also be donated to the Union of Agricultural Work Committees (UAWC) that represents Gaza’s fishers) once they arrive in the Strip.

New Zealand unionist and peace activist Mike Treen is on board the Al Awda (Return) and is filing reports for Kia Ora Gaza.

Spokesperson for the Ship to Gaza-Sweden campaign Jeannette Escanilla said: “The illegal Israeli naval blockade has devastated the Palestinian economy, and in particular has hurt the fishing industry in Gaza, so these boats will provide important economic opportunities for Palestinians.”

The boats in this year’s “Just Future for Palestine” mission departed Sicily yesterday for the last leg to Gaza after more than 2 months at sea visiting 15 European ports.

Five times flotilla boats have successfully reached Gaza (before 2010) and organisers say they maintain the hope that it can be done again with this year’s mission, “but to do this we need our amazing network of passionate supporters to amplify our message”