Dr Paul Buchanan, co-founder of 36th Parallel Assessments.[/caption] 36th Parallel Assessments’ Director Paul G. Buchanan has been named as a member of the New Zealand Inspector General of Intelligence and Security’s Reference Group, an external interest intermediation panel. The backdrop to his appointment is that historically the IGIS has been a hollow agency posing as an institutional check on the agencies it is statutorily charged to oversee. Historically dependent on the funding, space, communications and cooperation of the NZSIS and GCSB  and without powers of proactive compulsion under oath, the office was as much devoid of real authority as it was a reward to individuals for service in other fields. In response to series of scandals and illegal behavior on the part of the NZSIS and GCSB, in recent years the authority and independence of the IGIS have been strengthened. However, these remain some distance away from the type of robust oversight associated with liberal democracies, and the Reference Group was created with the intention of expanding the number of interlocutors the IGIS interacts with when confronting the challenges of the job. In democracies intelligence oversight mechanism vary. In some cases parliamentary or congressional committees exercise strong legal powers to compel intelligence agencies to proactively as well as retrospectively provide evidence or other material documenting their activities under penalties of law. these include institutional as well as individual sanctions, to include fines and jail terms, for those who do not comply. In other cases oversight arrangements are looser and less robust in terms of enforcement capability. Here, should they exist, oversight agencies are often located within the Executive branch and/or the intelligence agencies themselves, leading to a lack of independence and effectiveness when discharging the oversight function. That has been the case in New Zealand, where the IGIS remains as the sole oversight agency (the parliamentary select committee on intelligence and security having no real powers to impose demands on the intelligence community), and yet in spite of recent legislative reforms remains relatively weak when it comes to ensuring compliance by the agencies under its jurisdiction. It is against that backdrop that the Reference Group was created. In response to questions raised about the composition and purpose of the Reference Group, Dr. Buchanan has written an explanatory brief. It follows below. 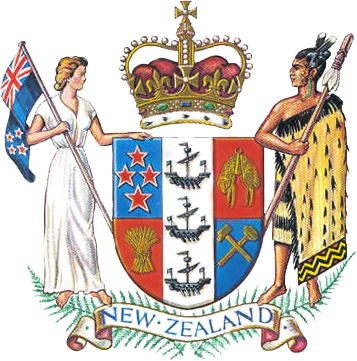