They also called on the Manila government to scrap a terrorist listing of Lumad leaders and community activists.

The appeal was made in response to a group of Lumad advocates and teachers from the Save Our Schools (SOS) network who have been visiting New Zealand for a speaking tour.

The activists spoke at Auckland’s Peace Place in their last meeting before returning to the Philippines.

Pacific Media Centre’s Del Abcede was there to capture the event in images. 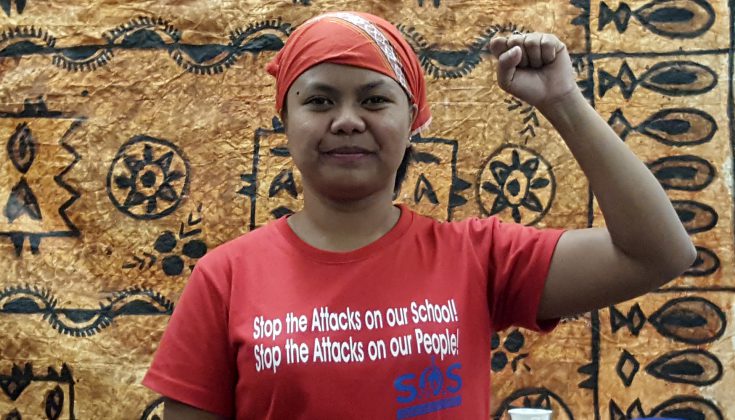 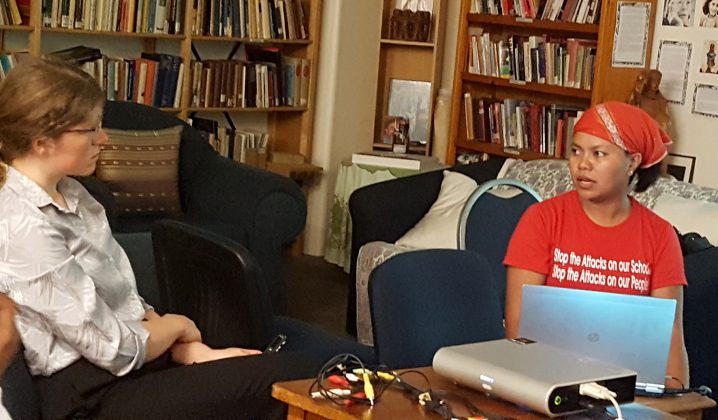 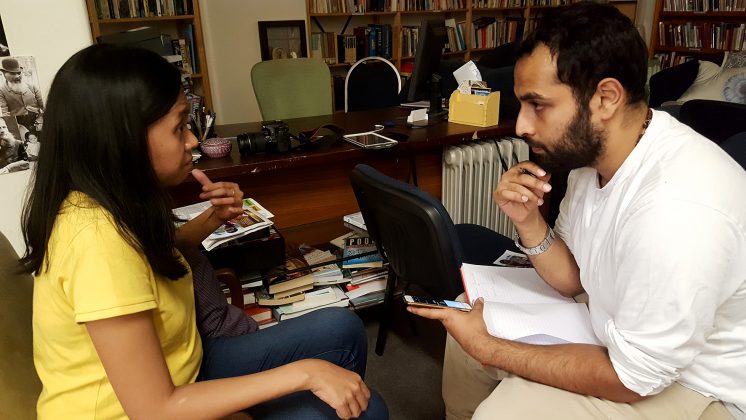 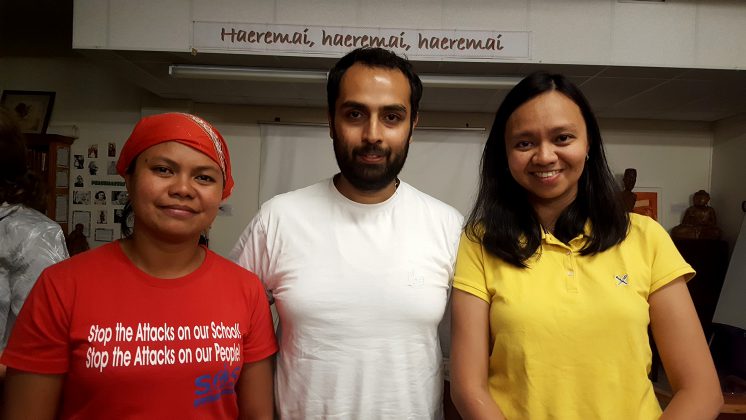 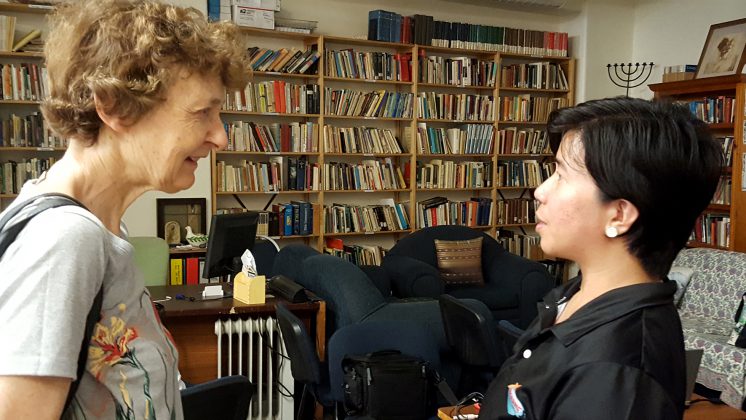 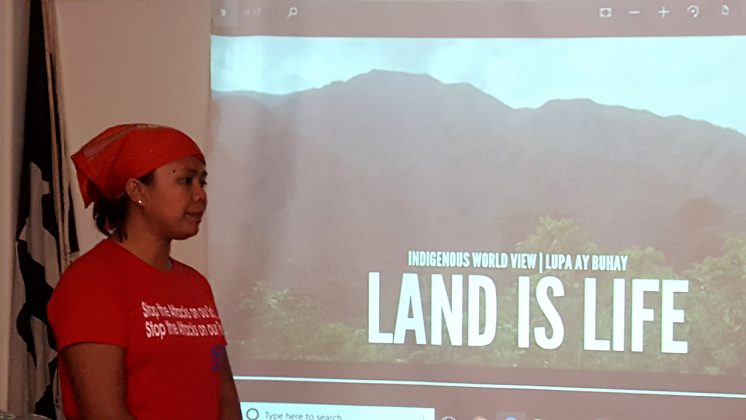 6. “Land is life” to the indigenous Lumads. Image: Del Abcede/PMC 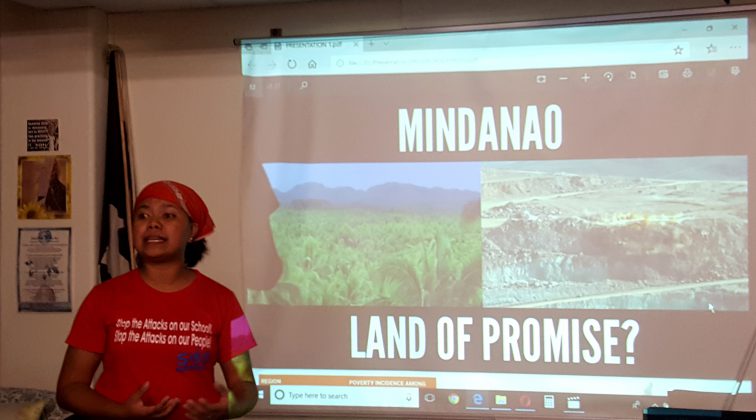 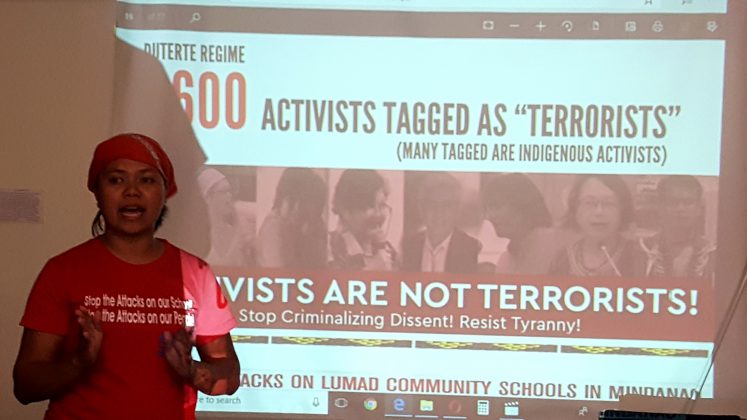 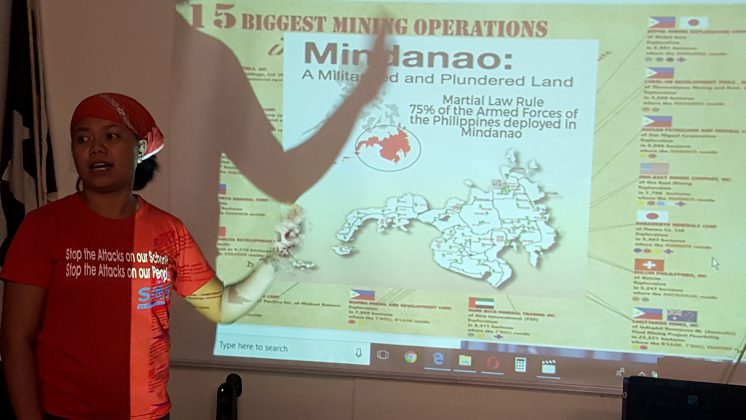 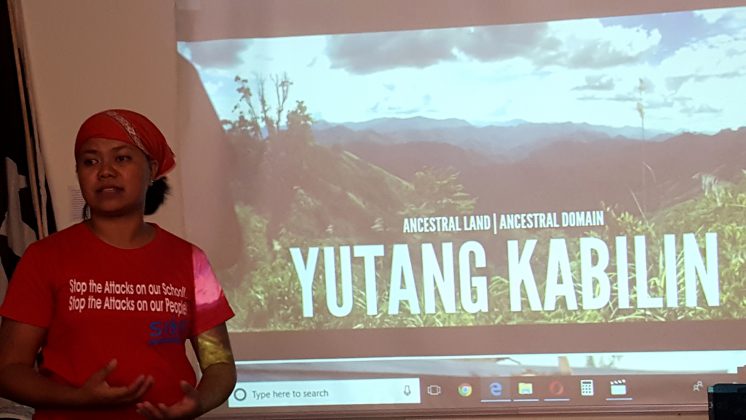 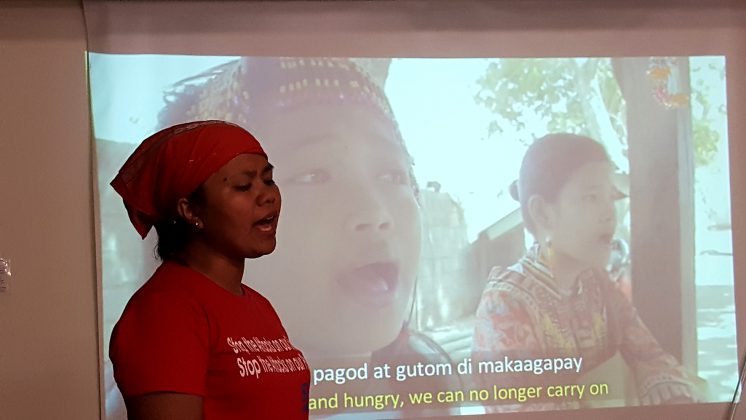 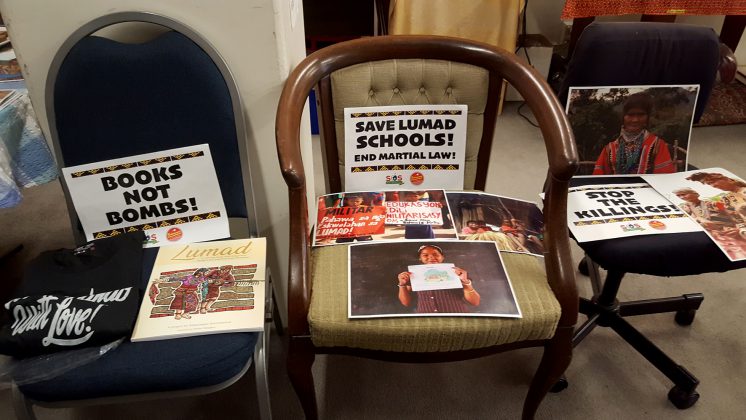 12. Posters on the Save Lumad schools campaign. Image: Del Abcede/PMC 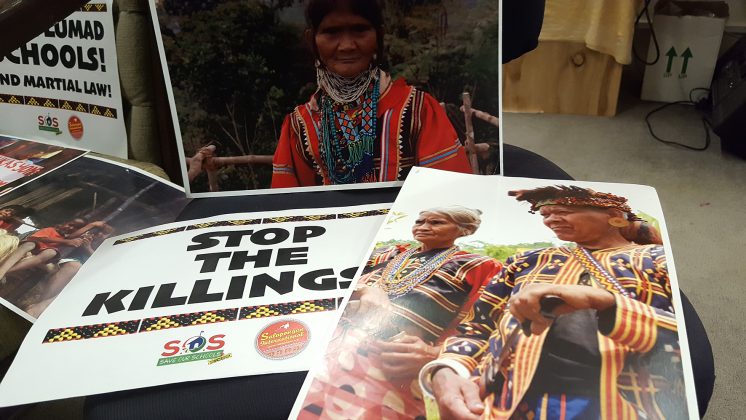 13. A call to stop the killings of indigenous people in the Philippines. Image: Del Abcede/PMC 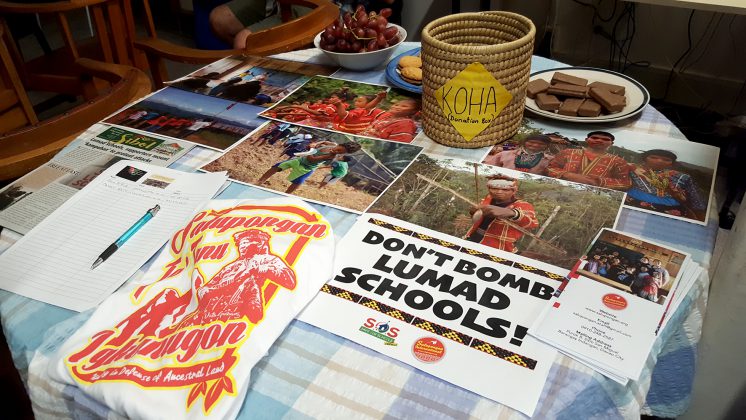 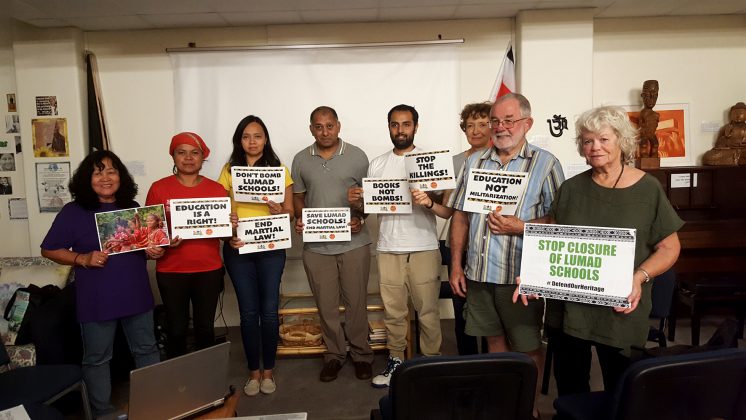