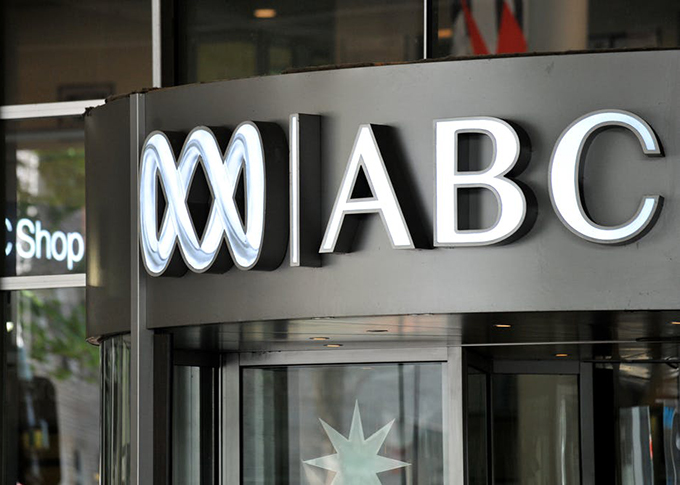 Would the ABC’s publication of confidential cabinet documents be in breach of a proposed government bill? Image: Joel Carrett/The Conversation

By Dr Johan Lidberg in Melbourne

Australia is a world leader in passing the most amendments to existing and new anti-terror and security laws in the liberal democratic world. Since September 11, 2001, it has passed 54 laws.

The latest suggested addition is the Turnbull government’s crackdown on foreign interference. The bill has been heavily criticised by Australian Lawyers for Human Rights, Human Rights Watch, and major media organisations for being too heavy-handed and far-reaching in the limits it would place on freedom of expression and several other civil liberties.

The government’s own intelligence watchdog, the Inspector-General of Intelligence and Security, argues the bill is so widely worded that its own staff could break the law for handling documents they need to access to do their job.

The ABC made an assessment and chose to publish a very limited number of the documents it deemed in the public interest. The ABC has so far clearly acted responsibly, and no documents that could harm Australia’s national security were in the first publication.

Some of the published documents are embarrassing for both the current and former Coalition and Labor governments, but that should not stop publication – rather, the opposite.

What the bill would mean
The foreign interference bill, in its current form, suggests it should be criminal for anyone to “receive” and “handle” certain national security information. It would seem that by just receiving the filing cabinets and assessing what to publish, the ABC staff would be in breach of the provisions suggested in the bill.

Furthermore, this makes an already heavy-handed whistleblower regime from an international perspective even more draconian. It is sure to lose Australia several places on the Press Freedom Index if implemented as suggested.

The bill is an overreach in many respects. But one of the worst aspects, from a transparency and accountability point of view, is that it seeks to extend the draconian Section 70 of the Commonwealth Crimes Act.

Section 70 makes it a crime, punishable by a maximum of two years in prison, for public servants to communicate or supply information to anyone outside government without permission. The ABC’s publication of the cabinet files clearly illustrates that media organisations with ethical and thorough editorial polices are perfectly capable of assessing what to publish.

The bigger picture is that the current bill is part of a pattern that started after the terrorist attacks in the US on September 11, 2001.

In our forthcoming book, In The Name of Security – Secrecy, Surveillance and Journalism, my colleagues and I assess how the anti-terror laws and mass surveillance technologies in the Five Eyes countries has impacted on in-depth public interest journalism. We also compare the Five Eyes with several BRICS countries and the situation in the European Union.

Add to this the truly awesome powers of mass surveillance making it increasingly difficult for investigative journalists to grant anonymity to sources that require it for their own safety, and you end up with a very complex journalist-source situation.

Another important factor in Australia and the UK is that all national security agencies are exempt from Freedom of Information laws. This makes it virtually impossible to independently acquire information from the security branch of government.

The balance between national security and transparency is complex. As citizens, we want to feel safe and know what is being done to keep us safe. In our book, we have labelled this the “trust us” dilemma, meaning governments argue they can’t disclose what they are doing security-wise, lest the “bad guys” find out.

There is no easy answer to this question. Political philosopher Giorgio Agamben takes our reasoning one step further when he argues that the liberal democratic world has been in a “state of exception” since September 11. This has granted powers to security agencies that are creeping increasingly closer to those of the totalitarian regimes in Europe in the 1930s.

‘Other’ enemy
Agamben traces various states of exception all the way back to Roman times. The pattern is similar through history: governments point to an “other” – often a hard-to-define enemy – as a reason for increased powers to the security apparatus. They are convinced they are doing the right thing.

The problem is that if we don’t roll back the strengthened security laws in times of lower threat, we start from a high level next time we enter a “state of exception”. This in turn can lead to a never-ending war on real or perceived threats where our cherished democratic civil liberties become part of the collateral damage.

If we allow the “state of exception” to become permanent, we risk allowing the terrorists to win.

Dr Johan Lidberg is an associate professor in the School of Media, Film and Journalism, Monash University, Melbourne, Australia. This article was first published by The Conversation on a Creative Commons licence and is republished with the author’s permission.