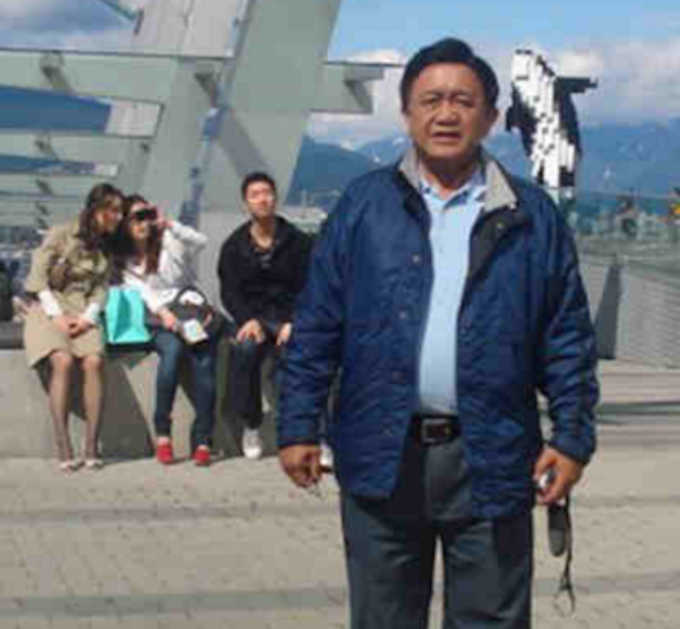 By InterAksyon with Cris Sansano in Manila

Nueva Ecija priests led by Bishop Robero Mallari are appealing to the administration of President Rodrigo Duterte to seek justice for the death of 72-year-old retired Filipino social activist priest Marcelito “Tito” Paez who has been gunned down by unidentified assailants in Jaen town.

The slain priest visited New Zealand in November 1990 as a member of the Philippine delegation to the Nuclear-Free and Independent Pacific (NFIP) conference at Pawarenga marae, north of Hokianga.

“Kami ay nanawagan na sa mga kinauukulan sa pamahalaan na bigyang linaw at katarungan ang kanyang kamatayan [We are calling on authorities in the government to shed light on the killing and give justice to his death],” the priests said in a statement signed yesterday by Bishop Mallari.

The victim was on his way home to Barangay Baloc in Sto. Domingo, Nueva Ecija and was onboard a Toyota Innova with plate number AAB 2391 around 8 p.m. when the attackers shot Paez with a .45-calibre pistol.

He was rushed to a hospital in San Leonardo, Nueva Ecija, but died there while undergoing treatment.

A day before he was slain, Paez helped facilitate the release of political detainee Rommel Tucay, a peasant union organiser of the Alyansa ng Magbubukid sa Gitnang Luzon, who was abducted and tortured in March 2017 allegedly by state security forces.

Championed peasant rights
Paez dedicated most of his life to defending the rights of Filipinos, especially the rights of poor workers and peasants, according to the Roman Catholic Diocese of San Jose, Nueva Ecija where Paez served as a priest starting in 1984 when the parish was established until he retired in 2015.

“Sa kanyang paglilingkod sa Simbahan, siya ay aktibong nakisangkot sa mga usaping panlipunan, lalo na sa mga usapin na may kinalaman sa karapatang pantao, magsasaka, at mahihirap [In serving the Church, he involved himself in social issues, especially on those that had to do with human rights, farmers, and the poor],” said Mallari.

The bishop added that Paez was also part of the Catholic Church’s Social Action Commission and headed a unit within it called Justice and Peace Office, whose main goal is to help ensure the rights of the poor and the marginalised, especially that of workers and farmers.

Paez, former parish priest of Guimba town, was also the coordinator of the Rural Missionaries of the Philippines in Central Luzon.

In the 1980s, Paez also became a leader of the Central Luzon Alliance for a Sovereign Philippines, which campaigned for the removal of the US military bases in the region.

The left-leaning Bagong Alyansang Makabayan yesterday condemned “in the strongest terms” the killing of Paez, who the group said was among the founders of Bayan in Central Luzon and “the first Catholic priest to be killed under the Duterte regime”.

Bayan denounces killings
Bayan also denounced the killing of Pastor Novelito Quinones, who was slain reportedly in Mindoro last Sunday, during an anti-rebel police operation in the province.

“He was later made to appear as a member of the NPA (New People’s Army) even his congregation attests otherwise” the group said.

Bayan likewise condemned the attempt to serve a warrant of arrest against PISTON transport group leader George San Mateo “who faces trumped up charges for allegedly violating Commonwealth Act 146, a law that dates back to 1936.”

“The case is pure harassment and indication,” it said.

“These attacks come in the wake of Duterte’s threats of a crackdown of legal activists, and his slandering of mass organisations as mere legal fronts of the CPP (Communist Party of the Philippines),” said Bayan.