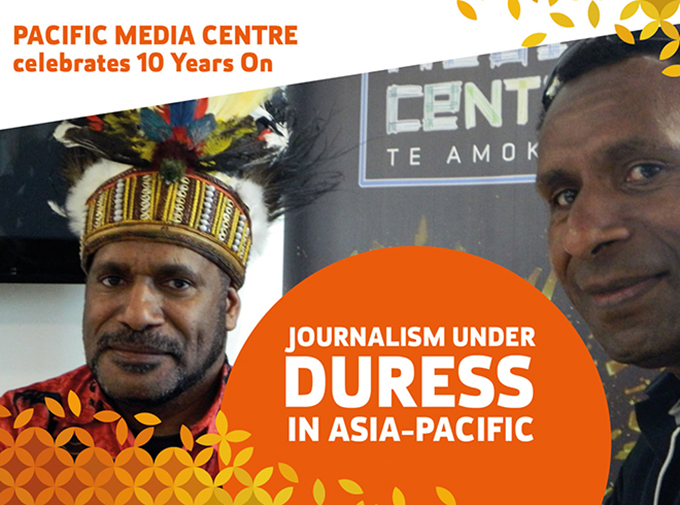 Threats to media freedom in the Asia-Pacific region are under the spotlight at the Pacific Media Centre’s 10th anniversary event tomorrow.

Since 2007, the PMC has examined whether the region is at a tipping point in media freedom issues and has explored the future of journalism in the Asia-Pacific region.

“The Pacific Media Centre is a channel for the voiceless to have a voice, a platform for the unseen to be seen, and an arena for the ‘others’ to deliberate their ideas.”

“We’ve seen the rise of a journalistic information service that serves the world, but significantly the Asia-Pacific region.”

“This has had quite an impact over the past decade.”

In the panel chaired by Dr Robie, Mangahas will speak about the culture of impunity in the Philippines and the widely condemned wave of extrajudicial killings by President Rodrigo Duterte’s government, which has claimed more than 7000 lives in the ongoing “war on drugs”.

Although the deadly crackdown reportedly eased last month when action was left to the Philippine Drug Enforcement Agency (PDEA), Mangahas argues there has been no real change in strategy.

Blades, among a handful of New Zealand journalists to visit West Papua, will talk about his ground-breaking assignment in 2015 to the Melanesian nation controversially ruled by Indonesia since the 1960s, where allegations of human rights abuses are rife.

“There’s been a lot of democratic change in Indonesia since the turn of the century but West Papuans are still routinely restricted from exercising their basic rights such as freedom of expression and assembly.

“Meanwhile, the catalogue of violent abuses and intimidation against Papuans grows,” says Blades.

The anniversary also includes the screening of a special video by Sasya Wreksono highlighting the PMC’s achievements over the past 10 years, along with a photographic exhibition.

Yuri Gagarin’s boomerang: the tale of the first person to return from space, and his brief encounter with Aussie culture